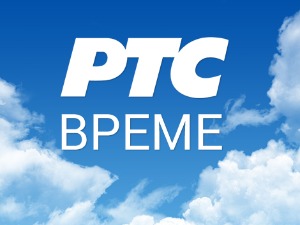 25.11.2022. Friday: Moderately cloudy with sunny intervals and mostly dry. Short-term rain and snow on the mountains are expected in the east and southeast, as well as in Banat. The wind is weak and moderate, in the east of Serbia occasionally strong, from the west and north-west. Lows from 2 to 7 degrees, the highest from 7 to 13 degrees.

26.11.2022. Saturday: New clouds with a drop in temperature with rain in the lower and snow in the higher regions, especially in the southwest, south and southeast of Serbia, where the snow cover will form. Wind weak north and northwest. Lowest temperature from -2 to 3 tapered, highest from 5 to 11 degrees. Warning: Snow, formation of light snow, probability 85%.

27.11.2022. Sunday: Moderate to completely cloudy, in places in the lower areas with rain and sleet, and in the south in some places with snow, while in the mountains there will be snow with a further increase in the height of the snow cover. The wind is weak, from the north. Lows from 0 to 4 degrees, the highest from 4 to 7 degrees. Warning: Snow, formation of light snow cover, probability 90%.

28.11.2022. Monday: Moderately cloudy and mostly dry, light rain and sleet possible in the southwest and south, light snow in the mountains. The wind is weak, in the Košava area and moderate from the east and southeast. The lowest temperature from -1 to 3 degree, and the highest daily from 4 to 7 degrees. Warning: Snow, forming a small snowpack, probability 70%.

Weather forecast for the next five days (from 29.11.2022 to 03.12.2022)
Moderately cloudy and dry, in the Košava area and windy with a moderate and strong southeast wind. New clouds with rain in the lower areas and snow in the hilly and mountainous regions are expected from Thursday.