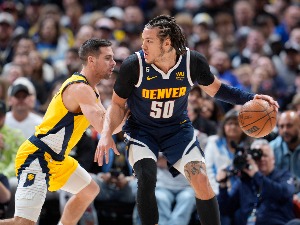 The Nuggets won their second game without Nikola Jokic this season, extending their streak to nine.

Indiana, without the main “brain” of the team Tyrese Haliburton, was easy prey for Denver, where players in need of confidence were swinging.

Aaron Gordon led the team in scoring with 28 points (11/15 from the field), adding six assists and five rebounds. Michael Porter Jr. had 19 points and eight rebounds. Jamal Mari took over the “triple-double role” from Jokic with 17 points, 10 rebounds and 14 assists. Bruce Brown scored the same number of points.

Excellent hand Benedict Maturin was the most effective for Indiana with 19 points, followed by Chris Duarte with 18 points.

With 33-13, the Nuggets are not moving away from the first place in the West, and their next rival is the Oklahoma City Thunder.