RTS :: Djokovic can go to Australia 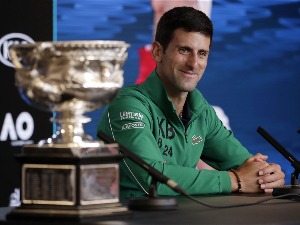 A few days ago, Australian media reported, and Reuters reported, that the best Serbian tennis player Novak Djokovic will will be able to participate in the Australian Open.

Australia’s Immigration Minister Andrew Giles has now officially spoken out and overturned Djokovic’s three-year ban on entry into the country, after he was deported earlier this year and after his visa was revoked for the second time by then-Immigration Minister Alex Hawke, which automatically meant that he was return to the country prohibited for the next three years.

As it was determined that there was no basis for the cancellation of the visa, Giles granted the request of Djokovic’s legal team to annul the decision.

The next move is for Djokovic, at the invitation of the Australian Open, to apply for a visa, which will be approved after a regular procedural check.

This means that Djokovic, who is currently playing in the Final Tournament in Turin, will try to win his tenth title in Melbourne in January, that is, his 22nd Grand Slam trophy, which would tie him with Rafael Nadal.

The Australian Open is scheduled from January 16 to 29 next year.