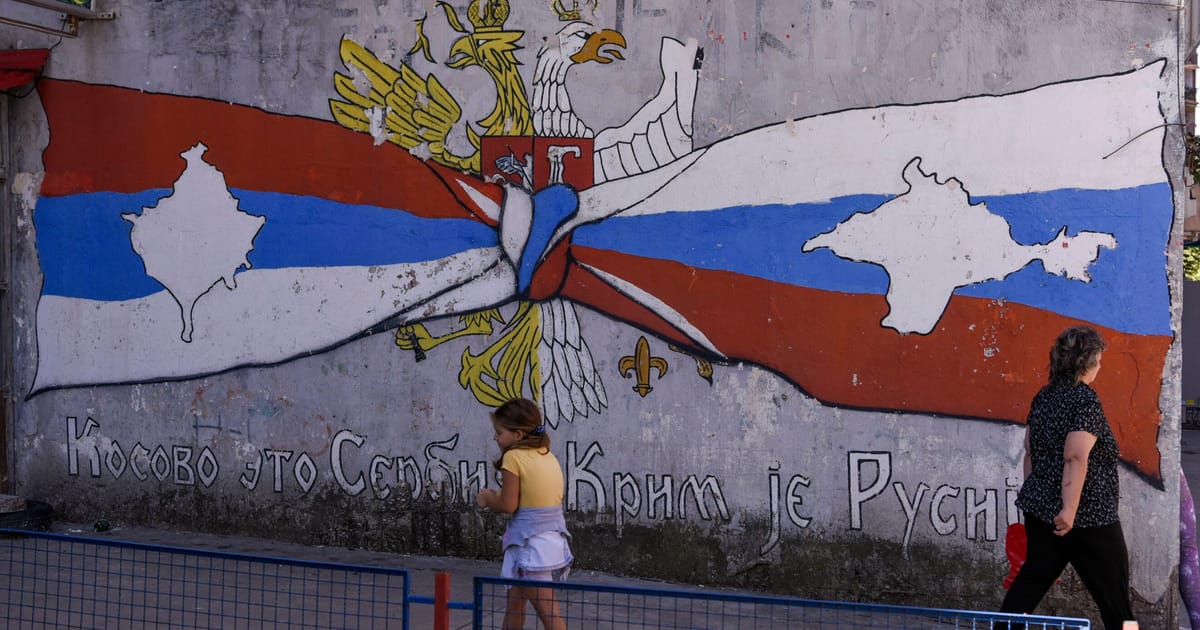 “There is a tendency of Russia to deviate or distract the focus from Ukraine by opening new country’s zones,” Bislimi told Times Radio.

Tensions between Serbia and Kosovo — a former Serbian province that declared its independence in 2008, which Belgrade doesn’t recognize — have escalated in the past week. On Monday, Serbian Defense Minister Miloš Vučević announced the country’s army had been placed in its “highest level of combat readiness” following unverified reports that Kosovar police forces had opened fire on ethnic Serbs in northern Kosovo. (Kosovo authorities denied the incident took place.) Moscow, a close Serbia ally, said on Wednesday that it “support[ed] Belgrade in the actions that are being taken.”

Bislimi told Times Radio on Wednesday: “There is recorded evidence that people in the paramilitary are being supported by the Humanitarian Centre, a Russian center. So I think nobody is denying the presence of Russia and the influence of Russia.”

“And if you want more details, to understand how easily Russia can use this for conflicts, the recent attacks of these troops in Kosovo, started during night, most probably heavily drunk people inside barricades because they’re being supplied with a lot of alcohol , financial incentives, and all of this from the Humanitarian Centre.”

Earlier on Wednesday, the EU and US called in a joint statement for “maximum restraint,” saying Pristina and Belgrade should “refrain from provocations, threats or intimidation” over rising tensions.