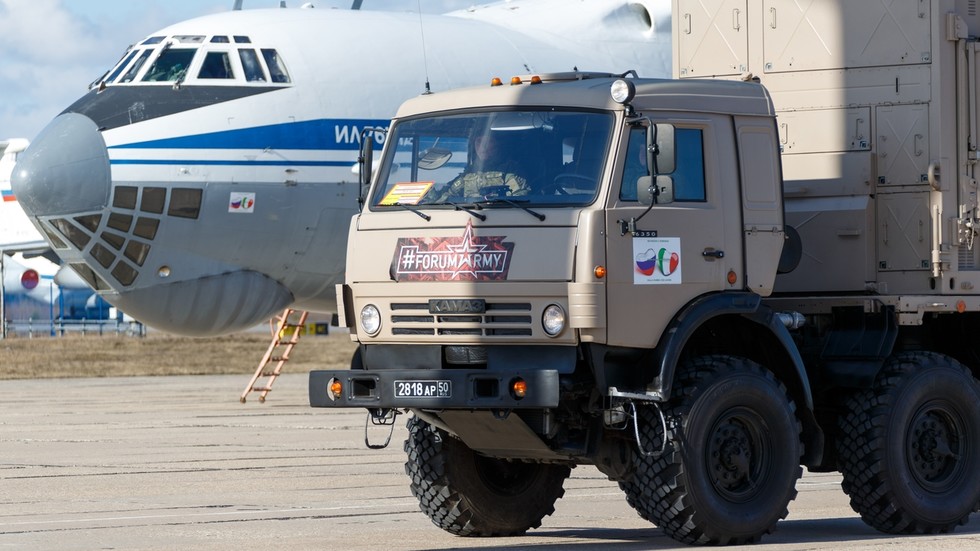 After providing coronavirus aid to Italy and the US, Russia sent its military medics to Serbia. The first plane with virologists and equipment has already landed near Belgrade. Another 10 flights are pending.

Eight teams of doctors and nurses with state-of-the-art equipment and a unit of Nuclear, Biological and Chemical Protection Forces (NBC) to carry out the disinfection were deployed by the Department of Defense for the mission.

The first Il-76 cargo plane took off from Chkalovsky airfield outside Moscow and landed at Batajnica airport near Belgrade.

The flight between the Russian capital and Serbia takes less than three hours. The Russian planes are expected to make ten flights – four more on Friday and six on Saturday – to deliver all of the intended cargo. In addition to the 87 soldiers, they will wear 16 military vehicles and a lot of individual protective equipment.

Serbian President Aleksandar Vucic had asked his Russian counterpart Vladimir Putin for help fighting Covid-19 in late March and his request has now been granted.

Serbia has so far recorded 1,171 coronavirus cases with 31 deaths, and the country’s authorities are working hard to keep the epidemic from growing and claiming more lives.

Moscow had previously dispatched eight medical brigades to Italy who are now fighting the disease in the city of Bergamo, the epicenter of the country’s outbreak. A few days ago a Russian military plane landed with the necessary supplies to fight the coronavirus in the United States, where more than 6,000 people have died so far after Donald Trump accepted Putin’s offer of support.