“RWC Prishtina”: There are over 45 million euros of accumulated debt from the post-war until now 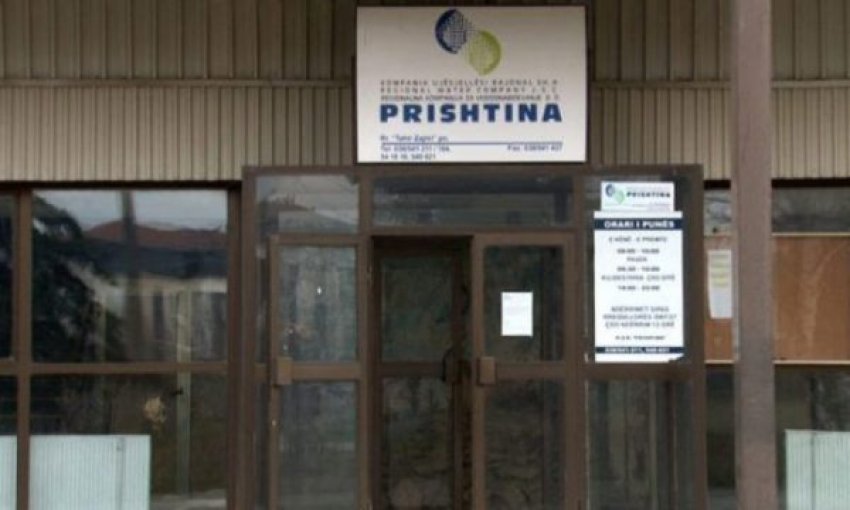 The debt to the Regional Water Company “Prishtina” continues to be high. There are over 45 million euros of accumulated debt from the post-war until now, that consumers owe to this company. While hundreds of cases have already ended up with the bailiff, as for years they have not paid the bills of water consumed.

The Chief Executive of the Regional Water Company “Prishtina”, Sokol Xhafa, in an interview for KosovaPress, has shown that during the pandemic alone over 2 million euros of debts have been accumulated.

“The total debt since the war until now is over 45 million euros to our company. Only during the pandemic is it somewhere over 2.2. million euros of accumulated debts which shows that we have relatively many unpaid bills and that this endangers the enterprise. We are obliged to send them to the bailiff because we ultimately have to make sure that our assets and infrastructure are renewed every year. Because all the payments that customers make are not that they end up somewhere else, but are simply converted into customer services. We are not a profitable company, we are not allowed to make a profit, but all parts of payments and fees are converted into operating and maintenance costs, capital investments, asset renewal in order for the company to provide the best possible services and a cost affordable for all consumers “, he says.

Xhafa spoke about the challenges that the company he manages is facing, challenges inherited, but also created by the Covid-19 pandemic.

“We are facing many challenges, but definitely, inevitably the biggest challenge has been managing the pandemic situation. Because in addition to hitting the staff and endangering the staff every day, because we were obliged to go to work, when it is well known that the whole motto has been to maintain personal cleanliness and hygiene in order to protect ourselves from Covid, this then it has given us an additional obligation to ensure that each customer has a 24 hour water supply. “Fortunately, we have managed to supply them well and the entire water sector in Kosovo has been extremely stable and has shown a good performance in terms of water supply in times of pandemics,” he said.

The head of RWC “Prishtina”, says that despite the debt of many millions, they are managing to maintain a satisfactory level of drinking water supply for consumers.

He says that this year they have managed to increase the level of collection to over 90 percent, as at the beginning of his term it was at a very low level.

“We have tried to address the aspect of water losses because this is a problem that affects the entire sector not only in Kosovo, but in the entire region. It is not that we have achieved extraordinary results, but there are good results which the trends show that the losses are slowly decreasing. It has normally been difficult because consumption fell sharply especially in gastronomy and in institutions, but we are recovering. We managed to stabilize the company in terms of collection, because the moment I took office in March and April we had a drastic drop in collection. We have now managed to send the collection to 90 percent and over 90 percent this year, which is a good result and offers sustainability for the enterprise. We have managed to repay the loan portion of our investment obligations to the German Bank. “We have managed to restore the trust of foreign donors and that is the most important part,” he said.

Xhafa says that during the time of the pandemic, they created facilities for consumers, enabling them to reschedule their debts.

However, he adds that many of them did not use this opportunity and that they were forced to forward more than 700 cases to the bailiff.

Another problem that RWC “Prishtina” is facing is the issue of floods, which is creating turbulence in accumulating lakes, making it impossible to have a regular supply of drinking water.

However, Xhafa says that this problem has been identified and there will be no such obstacles.

He assures that even in the flood season the consumer will not be left without water for more than 2 hours.

“We have received chemical elements, we have added some phases of treatment with which if potentially by now the company would have faced water supply interruptions for more than a day or two, now this period is exceeded by 4 to 5 hours maximum and treatment resumes. In addition, we have changed the working regime that in the moments when the part of rainfall or flood potentials is followed, we make an earlier warning to the water treatment plants, all possible capacities are filled and the customer is 100% convinced. that he will not feel the lack of water for more than 2 hours even in the most extreme cases of floods, or causing turbulence “, he says.

In order to protect the lakes and rivers, Xhafa says that they have started with the master plan and feasibility for wastewater collectors, which will be completed next year and which will pave the way for all rehabilitation and reconstruction of collectors. wastewater for Prishtina, Fushë Kosovë, Obiliq and part of Graçanicë.

According to Xhafa, this project will cost 50 million euros, which is an EU grant in cooperation with the German Development Bank.

The head of the Institute for European Affairs is threatened with death, they call him a lobbyist for “Greater Albania” – Latest News

VV activists “sell bravery” on the Ibar bridge making the eagle, but do not go north – Latest News