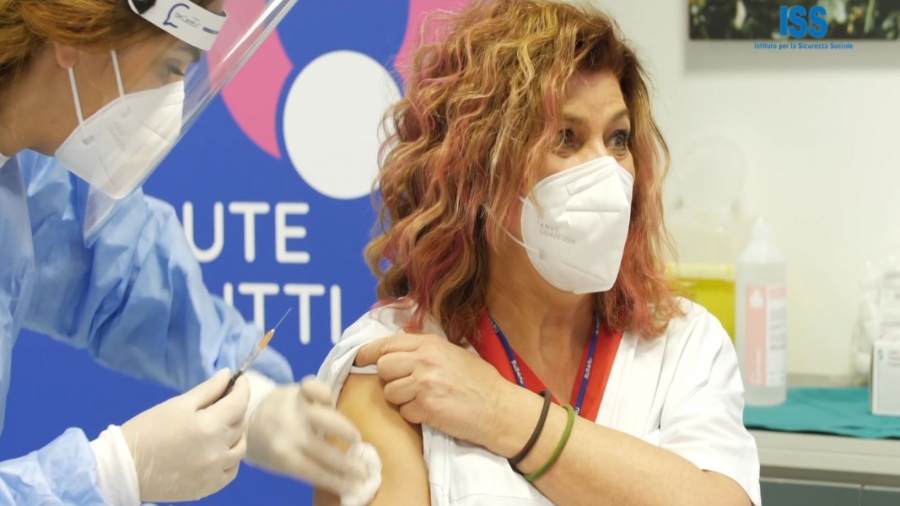 The state of San Marino has received the first shipment of Russian vaccine against Covid, Sputnik V. San Marino is not part of the European Union and enjoys a historic and privileged relationship with Russia

According to authorities this is a light at the end of the tunnel. After two months of waiting, San Marino officials told Euronews they could not wait any longer for the Covax vaccine distribution program.

On Thursday, the first 25 health workers were vaccinated. The biggest challenge for the authorities is to convince skeptics of the safety of the Russian vaccine despite the fact that it has not yet received approval from the European Medicines Agency.

“We are aware of the fact that people are worried and suspicious. We made this decision in full agreement with our health authorities, who assessed every aspect of health safety. We will make sure to inform all our citizens about any uncertainty “, said Teodoro Lonferrnini, Minister of Labor of San Marino, reports euronews.al.

The doctors and nurses who were vaccinated said they could finally breathe again.

“I want to address all citizens that after so many days of waiting, finally the first doses arrived”, says Roberto Venturini, doctor.

The Minister of Labor of San Marino stated for Euroneas that each dose of Sputnik V vaccine costs the state about 10 euros and in the coming days other doses of this vaccine are expected to arrive.

San Marino has also signed an agreement with the Italian government and the first doses of the Pfizer vaccine are expected to arrive soon.

“The delays are the result of lengthy bureaucratic proceedings and there is no responsibility for either the San Marino or the Italian government,” said Roberto Ciavatta, San Marino’s health minister.

Many people see Russia’s offer of Sputnik V vaccines as a way to increase the Kremlin’s influence in Europe. But in the case of the small republic of San Marino, diplomatic relations with Russia have long existed.

“Everyone knows that the Republic of San Marino enjoys good diplomatic relations with all the powerful countries in the world. This is the nature of our state. We are a neutral state that has maintained relations, diplomatic, political and economic at all levels. “This has allowed us to have privileged relations with other countries,” Lonfeernini added.

But in order for the vaccination campaign to be effective, the small state must ensure that vaccine deliveries from the European Union arrive on time.

Over 400 daily cases with COVID-19, but the people of Prishtina do not stop with parties in bars