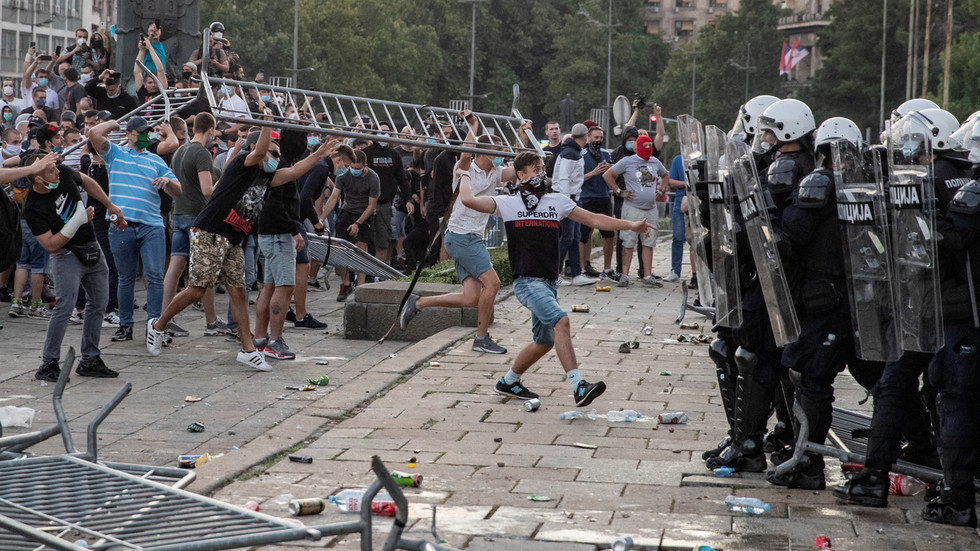 The Serbian government has decided against a new lockdown in Belgrade, but banned public gatherings of more than 10 people after two days of violent protests.

The decision to refrain from a further lockdown, as it was in force in the Serbian capital in March and April, was made after a “very long meeting” of the government, said the country’s Prime Minister Ana Brnabic.

However, the return of some restrictions is unavoidable, she said, pointing out that the rules would not apply to all of Serbia, but only target areas where “the situation is unstable”.

One such area is Belgrade, where “a total ban on organized public gatherings for more than ten people outdoors and indoors” has been declared, the Prime Minister said.

Shops in the city will remain open but their working hours will be reduced, she added.

These measures are “temporary” and will be lifted as soon as conditions improve, Brnabic clarified.

Serbia has so far registered more than 17,000 confirmed coronavirus cases and over 340 deaths, including 11 in the last 24 hours.

News that the lockdown in Belgrade may be re-established due to a new surge in Covid-19 cases sparked two nights of violent protests across the city.

During the clashes on Wednesday, the rioters threw torches and stones at the police, who responded with tear gas. Ten officers were injured, said Interior Minister Nebojsa Stefanovic, without giving any details about injuries or arrests among the demonstrators.

Also on rt.com
SECOND night of clashes in Serbia, when government and opposition blame each other for protests against the Covid-19 lockdown

In his earlier address to the nation, Serbian President Aleksandar Vucic said the protests were kidnapped by far-right radicals and had nothing to do with the lockdown. He also insisted that “political violence” be influenced from abroad.

Kosovo arrives in Austria, today they hold the last training before the match with Malta – Latest News