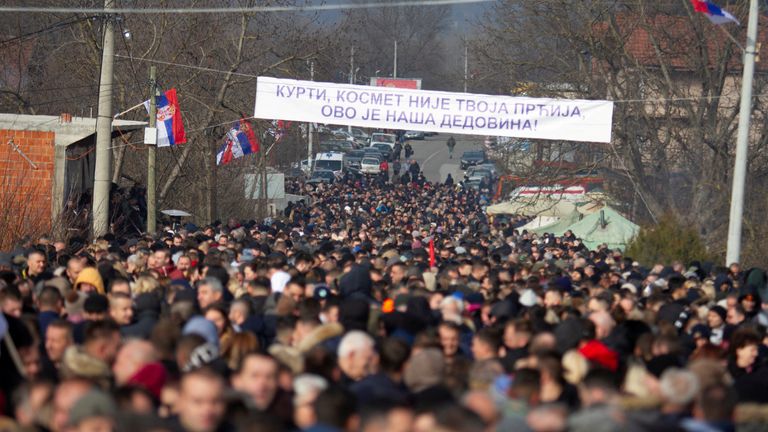 Serbian security forces on the border with Kosovo have been placed on a state of “full combat readiness”.

The order was given by Serbia’s interior minister Bratislav Gasic, who said he was acting on instructions from President Aleksandar Vucic so that “all measures be taken to protect the Serbian people in Kosovo”.

Kosovo has not responded to the move.

It comes after weeks of escalating tension between the two sides, with ethnic Serbs claiming they are being harassed by the ethnic Albanian majority in Kosovo.

The war in Kosovo ended in 1999, with NATO intervention. 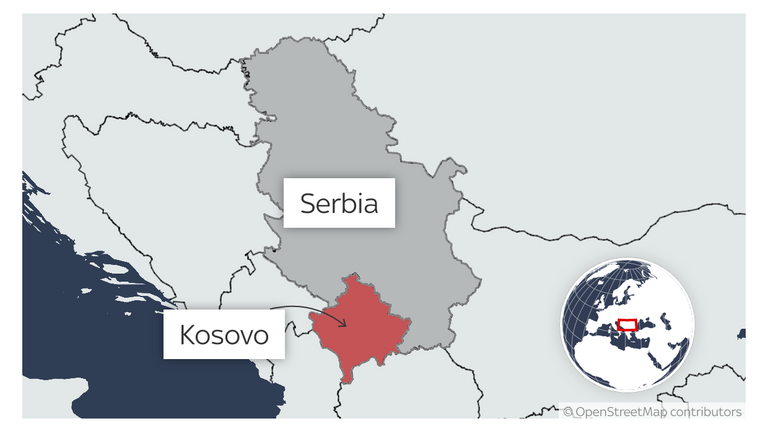 Kosovo declared independence in 2008 but Serbia refuses to recognize this and has repeatedly warned it will protect local Serbs “with all means” if they are attacked.

Last month, ethnic Serb mayors, judges and police officers in Kosovo’s north resigned in protest over a decision by Kosovo’s government to replace Serbian-issued car license plates with ones issued by Pristina.

Thousands of Kosovo Serbs protested this month calling for the Albanian majority government to pull police out of the north. 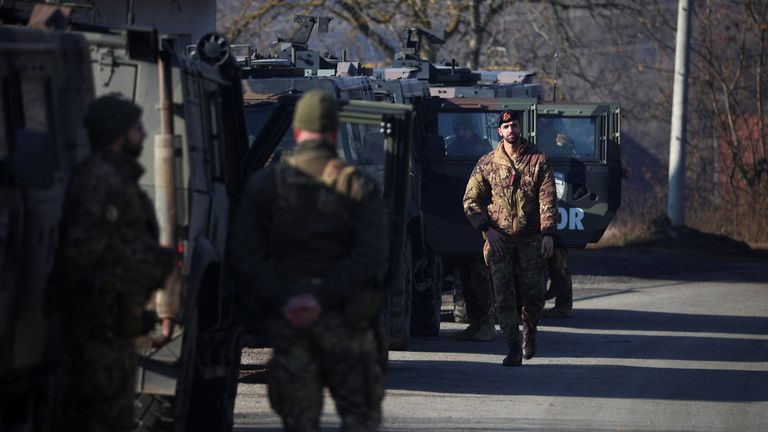 Image:
Members of the Italian Armed Forces, part of NATO, stand guard close to a roadblock near the ethnically-divided town of Mitrovica in Kosovo 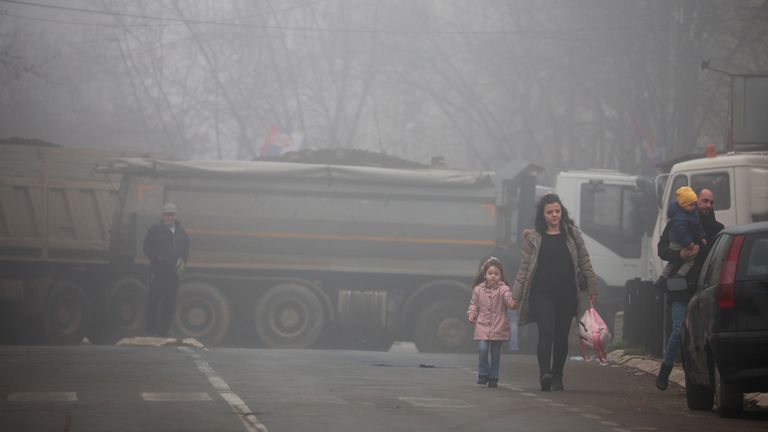 Image:
Serbs near a roadblock, close to the northern part of Mitrovica

Since 10 December, local Serbs have erected nine roadblocks in the northern region of Kosovo, where around 50,000 of them live.

On Sunday there was a shooting near a NATO peacekeeping patrol in one of the northern towns and, even though there were no injuries, NATO has said it is investigating and has called for calm.

The European Union has been trying to mediate between the two sides and Serbia, which has been armed with the help of Russian support, has agreed to talks.