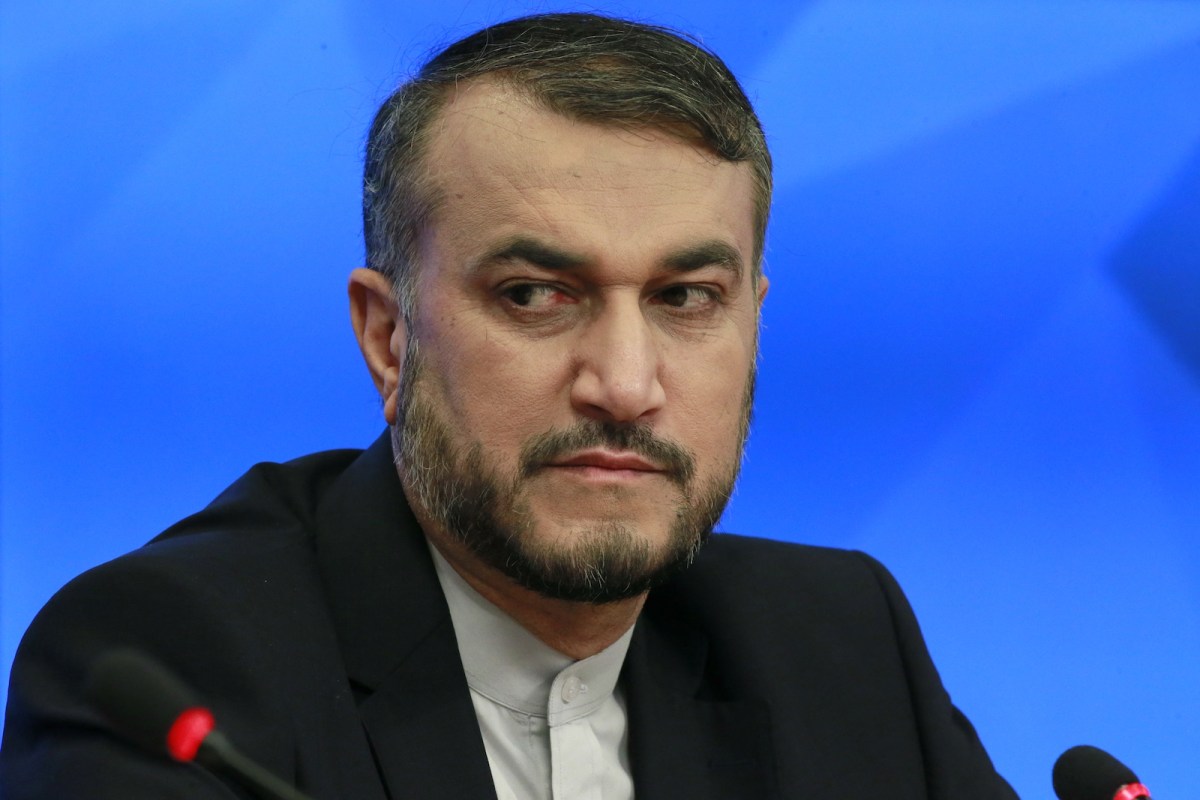 While the European Union continues to impose sanctions on Iran, be it over military cooperation with Russia or abuse human rights in its crackdown on protesters, things in the Balkans are somewhat different.

Despite being a candidate to join the EU since 2012, Serbia is seeking to strengthen economic ties with Tehran. Unlike most of Europe, which views Iran as a pariah state seeking nuclear weapons, Serbia sees the Islamic Republic as a friendly country. For Tehran, Serbia is a perfect opportunity to increase its influence in the Balkans.

On December 4 during a visit to Serbia, Iranian Foreign Minister Hossein Amir-Abdollahian said relations between the two countries were “continuously elevating and expanding in many areas of common interests.”

Given that no agreement was signed, it was perhaps odd timing for the Serbian government to invite an Iranian top official as his country comes under increased international pressure for its brutal response to women-led protests at home.

Abdollahian used the visit to Serbia to convene a meeting with all the Iranian ambassadors in Europe, with Belgrade serving as a base where the diplomats could hold an internal summit with their boss. After Serbia, Iran’s foreign minister visited neighboring Bosnia and Herzegovina, where he said Tehran “has always been on the side of Bosnia in difficult days.”

Indeed, during the 1990s Bosnian war, Iran armed and trained Bosniak-Muslim forces. But nowadays, it is Serbia rather than Bosnia and Herzegovina that Iran views as its greatest priority in the region.

Belgrade, on the other hand, sees Iran as a substitute for the import of products such as fertilizers, supplies of which have been disrupted by the war in Ukraine. In exchange, Serbia is expected to export its wheat to Iran, and potentially start importing Iranian crude oil, given that it can no longer count on supplies from Russia.

In other words, the two nations aim to expand their economic cooperation, which has been so far rather modest. The volume of foreign trade between Serbia and Iran amounted to just US$50.8 million in 2021.

However, in July this year more than 80 Serbian and Iranian business people and representatives of business associations, along with government officials, gathered in Belgrade for a business forum. The event paved the way for Serbia and Iran to start deepening economic ties.

As a result, Belgrade and Tehran are expected to establish a joint chamber of commerce to facilitate trade exchanges between the private sectors of the two countries. Further, in October Iran ratified a new air service agreement with Serbia, a document that simplified the process of introducing scheduled commercial flights between the two nations.

But will the EU candidate dare to establish direct flights with Iran?

Serbia, despite being an EU accession country, has not joined the union’s sanctions against Iran. The two nations even had a visa-free regime from October 2017 until October 2018, when Serbia, pressured by the EU, had to reintroduce visas for Iranian citizens.

Tehran then took a reciprocal measure, which means that Serbian passport holders can no longer travel to Iran without having visas in their passports. Such moves, however, did not have a serious impact on relations between Belgrade and Tehran.

In February, Serbian President Aleksandar Vucic spoke over the phone with his Iranian counterpart Ebrahim Raisi, and the two leaders met in New York in September during the UN General Assembly.

Vucic is expected to visit Iran in the near future, and Serbia plans to cooperate with Iran in the fields of agriculture, food, chemical and oil industry, tourism, telecommunications and information technology.

But besides economics, what is the political aspect of their cooperation?

The very fact that Abdollahian met not only with Serbian Foreign Minister Ivica Dacic, but also with Prime Minister Ana Brnabic and President Vucic, suggests that Belgrade sees Iran as an important partner in the Middle East.

Iran has not recognized the independence of Kosovo, which unilaterally broke away from Serbia in 2008. Most Western countries recognize Kosovo’s independence, although five EU members do not, as well as Russia and China.

During the recent visit, President Vucic made a point of thanking Iran for supporting Serbia’s territorial integrity. For its part, Serbia, as well as Bosnia and Herzegovina, refuse to join the UN resolutions that condemn human rights violations in Iran.

However, surrounded by the North Atlantic Treaty Organization and the EU states, the two Balkan nations are not in a position to deepen political and military cooperation significantly with Iran.

Iranian officials recently suggested that Serbia should make a formal bid to purchase Iranian drones – something that would undoubtedly be very beneficial for Tehran’s military-industrial complex – but Belgrade’s Defense Ministry denied such claims. Under the current geopolitical circumstances, the West would not turn a blind eye to potential arms deals with Iran.

Serbia is also already under the spotlight for its relations with Russia, with Europe wanting Belgrade to fall in line when it comes to sanctioning Moscow over the Ukraine. EU officials have suggested this could hamper progress on Serbia joining the union. Burgeoning relations with Iran could also become a sticking point, while Kosovo remains the main roadblock.

But the EU and the US, as major foreign actors operating in the Balkans, did not condemn Belgrade for hosting Abdollahian. This means it is entirely possible that Serbia got a green light to continue pursuing its “multi-vector foreign policy” as long as it does not pose a threat to European and American interests in the region.