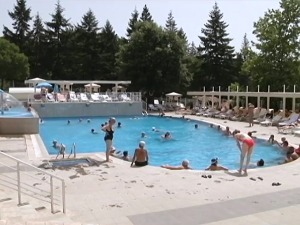 Many of us turned to the beauties of Serbia last year, due to the unfavorable epidemic situation.

Statistics confirm that. In the period from January to May this year, the number of tourists increased by 21% compared to the same period last year. The citizens of our country prefer to stay in mountainous places and spas, and foreigners usually stay in Belgrade. The easing of measures has taken many to the sea.

The director of the Tourist Organization of Serbia, Marija Labović, said, as a guest on the RTS morning program, that as of June, we have a growth of “27 percent compared to the same period last year when it comes to arrivals and 23 percent when it comes to overnight stays.”

“It’s not good to compare 2021 with 2020. Last year we had months when there was no tourist traffic at all, so we won’t see the real picture until the end of August. It’s encouraging that we had more tourists from abroad in June – over 270 percent “It is still far less in nominal terms than we had in 2019,” Labovic said.

He reminds that 2019 was a record year for Serbian tourism with over ten million overnight stays and the year when we managed to equalize the number of domestic and foreign tourists.

“This year is certainly far from 2019, because the decline in the number of arrivals and overnight stays of foreign tourists is as much as 65 percent. When we look at traffic, when it comes to domestic tourists – in June we had 780,000 overnight stays and it is almost at the same level as 2019 It gives us optimism to go in a better direction, but it all depends on the corona, the epidemiological situation and the implementation of all measures that we appeal to through promotional activities, “she says.

As far as foreigners are concerned, Belgrade leads in the number of overnight stays. Speaking about what contributed to the return of foreigners, Labović says that in the first place there are somewhat more liberal restrictions on movement compared to other destinations, the fact that we started well with vaccination:

“We hope that we will continue and that the citizens who have not been vaccinated will understand how important it is, when it comes to tourism, for the safety of themselves and others, but also for the general picture.”

Tourists are looking for safe destinations, says Labović, and adds that it is good that a large number of facilities have been certified clean and safe. It is increasing the number of foreign tourists and the WTO has estimated that tourists from distant destinations will return more slowly and start traveling later due to travel obstacles, but the region will move faster, because in addition to tourists, we have tourists from Russia and Turkey.

Speaking about tourists from China, Labović states that they are in the “top ten”, but they are not Chinese who come from China, but those who live in some European countries, adding that it is a great pity because in 2019 Chinese tourists were first in number of arrivals and second per realized overnight stays by all tourists.

“We believe that it will return again, we have not interrupted the promotional campaign in China, it is digital, we want to be among the first countries to choose when the conditions are met,” Labović pointed out.

Domestic tourism, what the beginning of summer says

Labovic says that in 2020 there was a change in the structure of domestic tourists – and those who did not decide earlier to spend the main holiday in Serbia, so they gave Serbia a chance, got into the habit of traveling around Serbia, saw how much Serbia has to offer.

“We tried to draw the citizens’ attention to the beautiful destinations they can visit this year. The question is often asked whether they will travel around Serbia, because of the open borders – we do not compete with destinations that have the sea,” she says.

“We suggest that our citizens choose with their hearts and choose Serbia, and that they set aside part of their vacation to stay in Serbia,” says Labović.

Vouchers are a good measure

The last series of 30,000 vouchers caught fire. The director of TOS says that the Ministry had a good initiative, 150,000 vouchers have been distributed so far, and an additional number depends on the budget.

“The government recognized the importance of the subsidized measure and proved to be good for many reasons. The first – a larger number of citizens decided for Serbia, extended their stay and a large number of accommodation facilities were categorized and registered and started registering tourists because they want to accept vouchers.” she underlined.

As part of the “I choose Serbia” campaign, TOS promotes undiscovered gems of the country.

As part of the summer campaign, as they say, they singled out active holidays in nature, cultural sights and gastronomy as the main products in demand in the summer.

Our citizens decide to stay in spas, and they are in focus, mountain centers are also staying in rural households. As he points out, a lot has been invested in the last two years.

According to her, the mountain that has predispositions and is expanding – Tara, it has the potential for further growth, more beds are needed, as well as Zlatar – untouched nature and beautiful landscapes are a great wealth and an opportunity for tourists to turn to that mountain.

“I would mention Stara Planina, as much as a third of the waterfalls in Serbia are on that mountain,” Labovic concluded.