SHE KILLED HER HUSBAND’S MISTRESS, wore two holsters behind her belt, and solely shunned HIM! 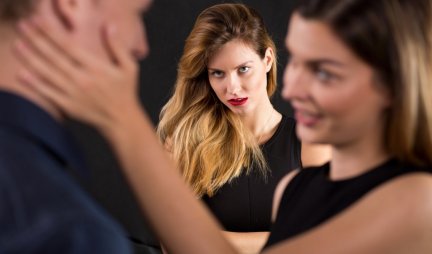 Apart from being remembered by the Serbian people as one of the most famous Serbian rulers, Prince Miloš is remembered for the numerous love adventures he had.

The famous Serbian prince, who liberated Serbia from the Turks through wise diplomacy, had the most children of all the rulers in Europe in the last three centuries, as many as 16, and eight children were illegitimate.

According to official data, Prince Milos and his wife, Princess Ljubica, had eight children, four of whom died, and of the remaining four, only two sons of the famous prince ruled Serbia, Milan and Mihailo.

Ljubica Obrenović was a Serbian princess, the wife of Prince Miloš Obrenović. Her maiden name was Vukomanović, she was the daughter of Radosav and Marija Vukomanović. The main mediator of the marriage for Miloš Obrenović was Nikola Milićević Lunjevica, who ended the marriage negotiations with Milan Obrenović, the brother of Prince Miloš, and the best man at the wedding in 1806 was Karađorđe.

If you want to hide the messages sent to you by your girlfriend, THIS IS THE ONLY SOLUTION! IT expert explained: ALL PHONES CAN BE Eavesdropped, BUT CORRESPONDENCE …

ON THE FLOOR OF THE BEDROOM, SHE NOTICED AN UNKNOWN EARRING AND ADVERTISED ON SOCIAL NETWORKS! Soon a message arrived in the inbox that turned her life upside down! 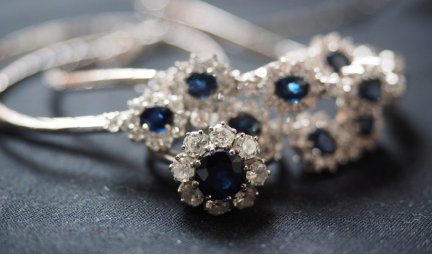 The most respected Serbian princess

Princess Ljubica was one of the most beloved and respected personalities of the 19th century. She dressed simply, but during the First and Second Serbian Uprising, she always carried two pistols around her waist. It did not separate from them until 1820.

There is a well-known event when in the battle near Ljubić, which took place in the Second Serbian Uprising, she addressed the insurgents who started the retreat with the words: “Women’s aprons graze, so we women go to fight!” Which encouraged the army, which went attack and won.

She was known as strict and self-conscious, and often took her own position in politics. Due to that, she came into serious conflicts with Prince Miloš several times. But most of all, they came into conflict because of Miloš’s extramarital “excursions”. 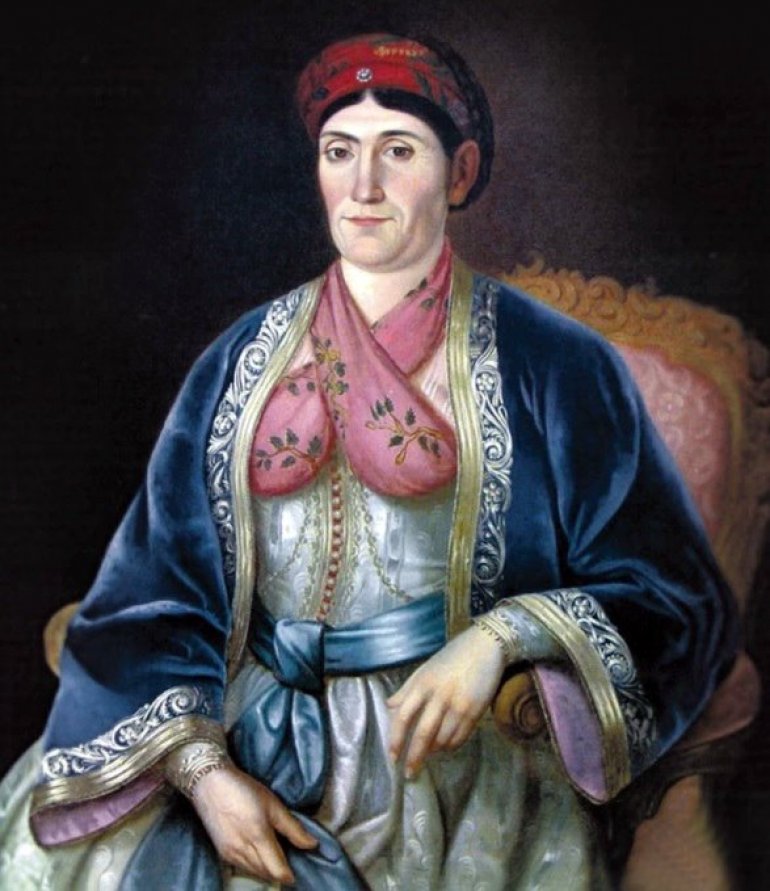 A prince prone to love adventures

It is known that Prince Milos was very unfaithful. He once stole beautiful Petrija from the Turkish slave, and brought her to Ljubica in Crnuć to serve her. With her beauty, youth, value and skill in every job, she was the right hand of Princess Ljubica, and with her cheerful nature and humor, she brought serenity and freshness to the prince’s house. Ljubica didn’t like her from the beginning.

Petrija remained in Crnuća even after Princess Ljubica moved to Kragujevac in 1818. Prince Miloš rarely came to Crnuća until 1817, but his relations with Petrija began before Ljubica moved away. Jealous of the beautiful Petrija, she often blamed the prince for their jokes and laughter, until on one occasion she found her husband and Petrija in bed. The princess then moved with her children and husband to Kragujevac, from where the prince more often left and stayed in Crnuća. At the beginning of 1819, Petrija gave birth to a daughter, whom they named Velika.

Princess Ljubica did not give birth for a long time, but at the beginning of 1819 she was pregnant. That gave her self-confidence and she decided to end the prince’s love affair. Earlier, she learned from her informants, among whom was Vasa Popović, her cousin, that the prince was being pressured to marry the mistress Petrija. It was believed that Ljubica could no longer give birth, and the prince needed an heir. From Petrija they could hope for a male child. 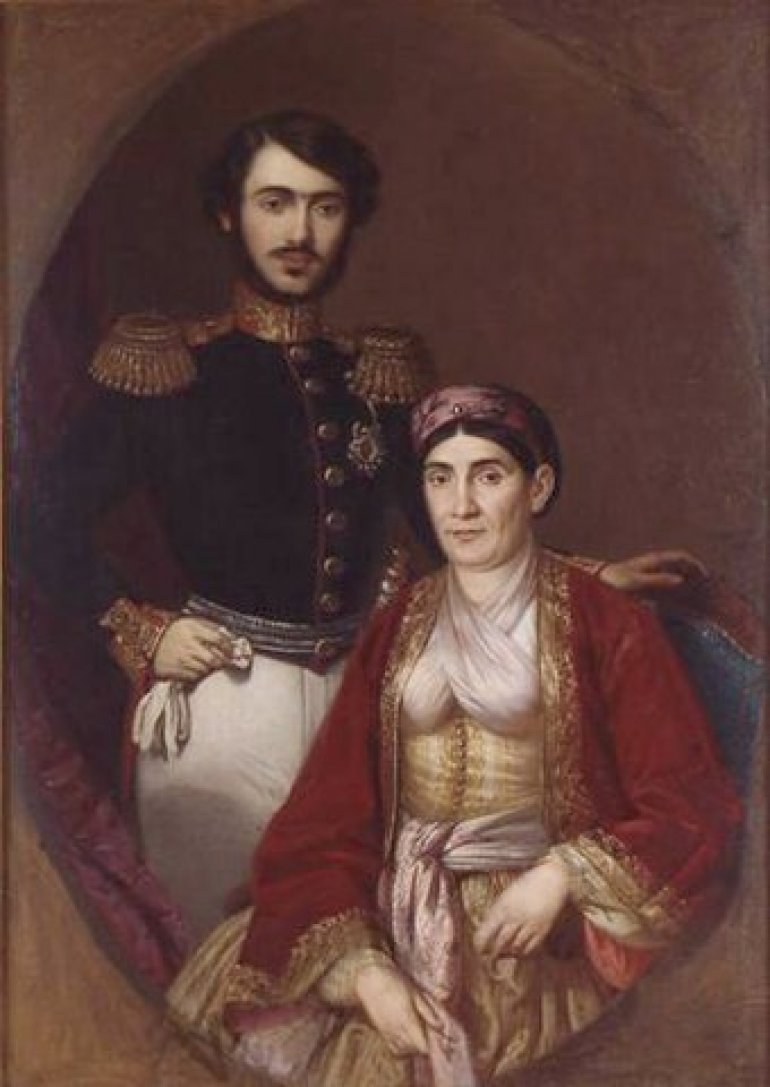 wikipedia.org Princess Ljubica with her son

Princess Ljubica appeared in March 1819 in Crnuća, surprising the prince and Petrija. Finding Petria setting up the room. There are several versions of how the murder took place.

One by one the princess asked:

“Who are you making two beds for, Petria?”

“I’m preparing one master, another for me.”

“And where will I sleep tonight?”

“It’s not my fault God didn’t give it to you”, the young woman answered impudently, ignoring Ljubica.

“And when God has not given me, I will give it to you,” said Ljubica and reached for the prince’s pistol with which she had killed Petrija.

According to another version, when Petrija said that she was preparing a bed for her and the prince, Ljubica took a gun and said:

“The gun is Milosev’s, and Ljubic’s hand, there can be no mistakes!” 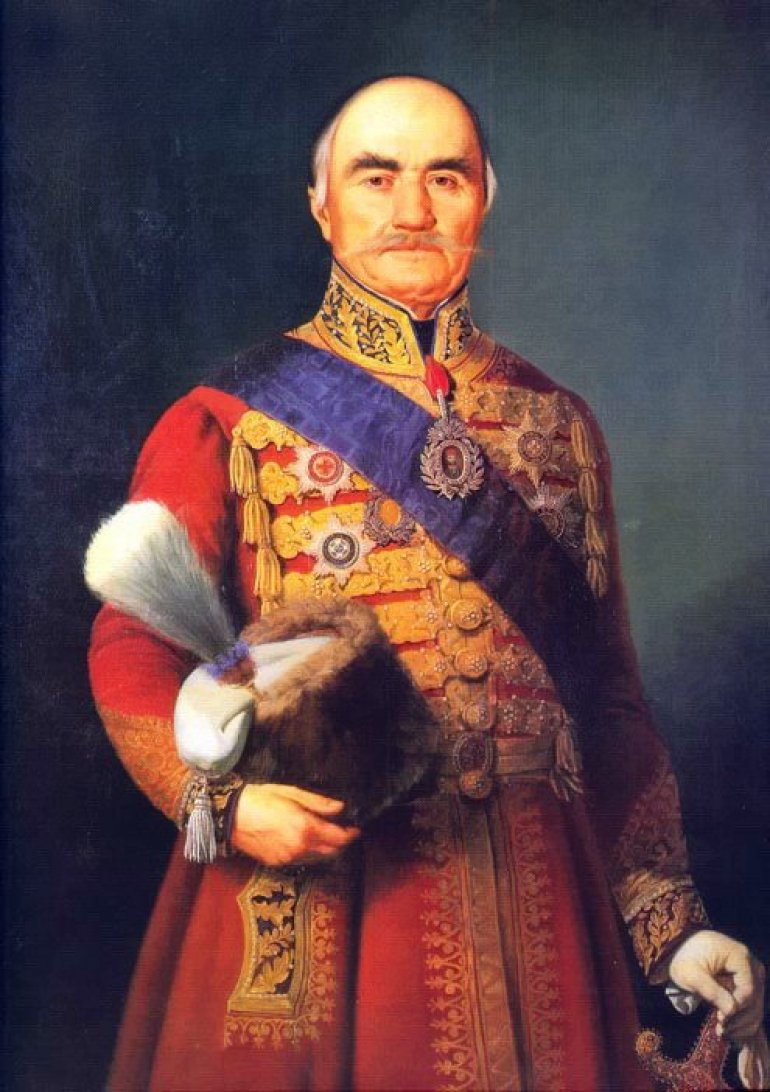 Pregnancy saved her from Miloš’s anger

They say that the prince was beside himself with rage when he found out what she had done. After the murder, Ljubica fled to Srezojevci with her family, who threatened to revolt at Rudnik if Miloš killed her, since he had that intention.

However, when he found out about her pregnancy, he said “it’s not wrong to wear it under your belt, otherwise I would have killed you”. She was saved by the fact that at that time she was pregnant with Milan, whom she would give birth to in October 1819. The fact that she gave an heir as a gift calmed Miloš down.

From the relationship with Petrija, Miloš had a daughter Velika, whom Ljubica will take to her home and raise her with her children, as his daughter. Unfortunately, at that time, children often died of childhood diseases, so she, like Ljubica’s other daughter, will die of smallpox one after the other in a very short time.

Before her death, she repented of the murder

Prince Milos never repented for love adventures and actions. Princess Ljubica is, after all. In 1843, before her death, she bitterly regretted killing Petria:

“I have many sins, the merciful God will forgive them all, but I killed that woman with my own hand, I’m afraid he will never forgive me! Where does my female mind take me? If I killed all his friends, I could kill so many people! Sinful second, what have I done! “

Princess Ljubica Obrenović never got over the murder of her godfather Karađorđe, just as she never forgave her husband for killing her godfather. Personally, she nurtured relations with the Karadjordjevics, she remained on good terms with her godfather Jelena, and she influenced Milos to bring her back from exile in Russia and enable her to receive a pension. She also demanded that her son Mihail hire Aleksandar, Karadjordjev’s son, as an adjutant.

When her godmother Jelena passed away at the beginning of 1842, she did everything to make her funeral as magnificent as possible and personally accompanied her body to Topola. This shows how much she appreciated her godfathership, however, in Serbia in the 19th century, it seems that two masters were not possible, and that two dynasties continued to fight for supremacy.

The person who was arrested by the police after an hour of negotiations, was accused of terrorism – Latest News