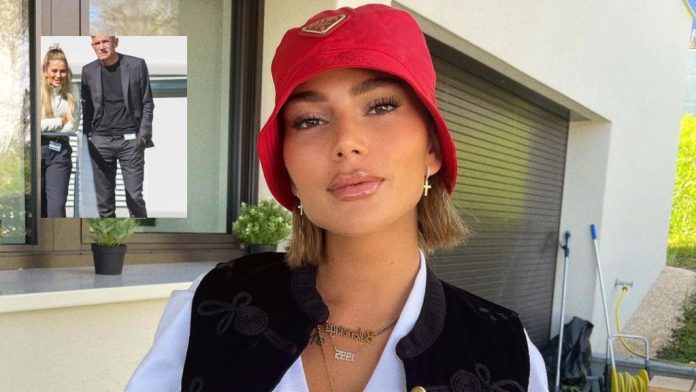 The well-known Swiss newspaper, Blick, has reported that the older brother of the Albanian rapper, Loredana Zefi, has been convicted of forgery and extortion.

Luan B. (40 years old) introduced himself as a successful online businessman, he does not want to be associated with his little sister, rapper Loredana (24 years old).

The young woman of Kosovar descent was charged with fraud, intimidation and extortion, however, an out-of-court settlement ended the proceedings – the case never went to court.

While the case of her brother Luan B. does not seem to have had the same ending as Loredana, the Criminal Court has now convicted her of forgery and attempted extortion and numerous interceptions and recording of foreign conversations, as reported by the magazine in internet “Zentralplus”.

According to the indictment, which is possessed by the Swiss newspaper Blick, it is about jewelry, debts and mysterious recordings of sound, for years Luan B. had a business relationship with the plaintiff Dominic N., who was the son of a countess of Lucerne. .

For example, he conducted a television interview on Kosovar television and performed tasks such as transporting jewelry, in March 2015, B. demanded 480,000 euros from the plaintiff pr.ivat, he owes the money as a commission for the sale of jewelry of about 1.3 million francs. Luan B. therefore initiated civil proceedings against N. on 8 June 2016, he filed a guilty plea, dated 25 September 2014, dominic N. confirms that he owes the money but plaintiff pr.ivat was certain that he never signed such recognition, the document is forged.

As a result, Luan B.’s home and business address were searched, police confiscated his laptop and cell phone, and investigators assume that the signed guilty plea, dated 2014, was in fact only retrospectively created in 2016. Furthermore, the Zurich Law Institute concludes that part of the text with the signature was inserted separately: “The trace image speaks extremely strongly in favor of the hypothesis that the document was created in two steps at different times.”

According to the indictment, Luan B. sent an e-mail to Dominic N. asking him to pay, in the appendix there were audio recordings in which the injured party talks about his “frauds” the recordings were made without his knowledge./Kosovarja/