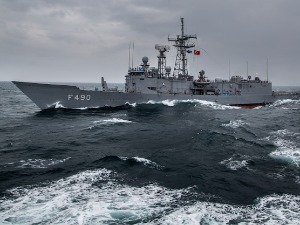 The British government announced that it was sending two ships of the Royal Navy to monitor the situation, and early this morning, the patrol ship “Severn” arrived near Jersey.

The Ministry of Defense announced that the ship “Tamar” will arrive in the waters around Jersey later.

France has threatened to cut off electricity to the island, which does not fall within the territory of Great Britain, but is considered a “royal possession”, ie “a territory for which the United Kingdom is responsible”.

This development came after Jersey decided last week to issue fishing licenses to French vessels under the new system, ie they had the right to fish even before Brexit, reports the BBC.

French fishermen, who claim that their rights have been unfairly restricted, have announced a protest blockade of the port of Saint Helier by boats.

Last night, British Prime Minister Boris Johnson expressed “strong support” for Jersey, the largest island in the English Channel, which is located 22 kilometers from the coast of France.

He assessed that any blockade would be “completely unjustified”.

According to the new rules introduced by Jersey on the basis of the trade agreement between Great Britain and the European Union, the owners of French boats must prove that they have fished in the waters around the island before.

French authorities claim that “new technical measures” for fishing around the English Channel islands have not been discussed with the EU, and assess that they are legally “null and void”.

Pacolli defends Gërvalla: She is doing her job, she should not be fired – Latest News