TERRIBLE DETAILS ABOUT GORAN DŽONIĆ REVEALED! The person to whom he gave THOUSANDS of EUROS after the homicide was additionally questioned 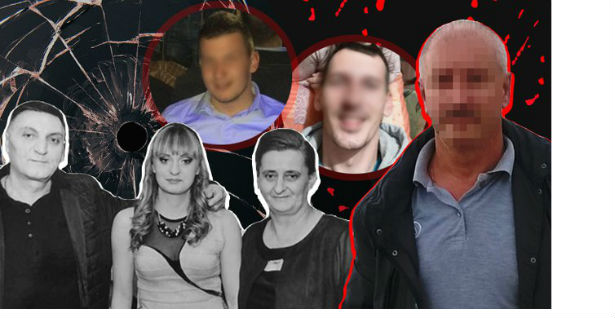 TERRIBLE DETAILS ABOUT GORAN DŽONIĆ REVEALED! The man to whom he gave THOUSANDS of EUROS after the murder was also questioned

As part of the investigation into the murder of the Đokić family from Aleksinac, Stojanka Đokić, the mother of the murdered Goran Đokić, Ivan Džonić and his wife, a man to whom Goran Džonić repaid a debt of 10,000 euros after the crime, were questioned today.

It was because of that money that the ball of crime began to unravel.

As it is learned, in today’s testimony, Ivan and Jasmina Džonić said that they were on good terms with Goran Džonić, his uncle’s brother-in-law and brother-in-law, and that they lent him 10,000 euros three years ago.

– They said that Goran Džonić told them that he would return the money to them in a year, a year and a half and that they did not put pressure on him, but that he did not return it until mid-October. Almost a month after the murder, he returned the money to them – said lawyer Andrija Magdalinić.

According to unofficial information, Stojanka Đokić, the mother of the murdered Goran Đokić, said at the hearing that the first suspect Džonić even threatened his mother with a gun because she did not give him money from his foreign currency pension. She said that she knew this information because Stojanka confided in her on one occasion, when she came to her neighborhood, and said that Džonić threatened to kill them if they did not give him money from the foreign currency pension.

The unfortunate woman, the mother of Goran, who was killed on September 26 with her husband and daughter, cried several times during the interrogation today as she talked about the last day she spent with her family.

Let us remind you, the Đokić family was intercepted a few minutes after midnight on September 26, just as they were returning from Moravac, where they spent the day with Stojanka. On the way home, it is suspected, they were intercepted by a relative and neighbor from Moravac, Goran Džonić, who lured them to the area of ​​this village with the story that he needed help, killed them with gunshots, and then set their bodies on fire. The horrific crime was discovered six days later.

Lawyer Filip Domazet, the defense attorney of Dzonic’s sons, Milan and Stefan, who are still in custody on suspicion of being connected to the crime, said that today’s hearing of witnesses did not reveal any new facts concerning his clients.

– I expect that the expertise that has not arrived so far will arrive soon, so we expect that everything regarding the proposed evidence will be completed by the New Year. We also expect Goran’s psychiatric expertise to arrive soon. Dzonic, the video surveillance expertise should arrive – Domazet said.

He added that he believes that the investigation is nearing the end and that he does not see what else can be done as evidence.

Dzonic returned to custody in Nis

– We have information that Goran Džonić was transferred from the Special Prison Hospital in Belgrade and the detention unit of the Penitentiary in Niš and that the expertise has been completed, but we do not have that document formally – said Andrija Magdelinić.