The 10th spherical of inter-party dialogue, which was additionally attended by Vučić, has ended 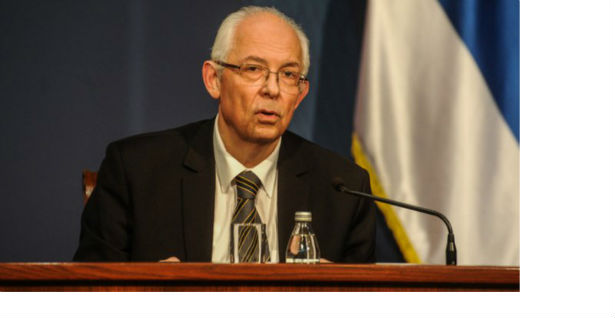 ELECTIONS BETWEEN MARCH 20 AND APRIL 3 AT ALL LEVELS ON THE SAME DAY: The 10th round of inter-party dialogue, attended by Vučić, is over

Elections in Serbia will most likely be held simultaneously at all levels, in the period from March 20 to April 3 next year, as could be heard today at the tenth round of inter-party dialogue, which was also attended by Serbian President Aleksandar Vucic, the media unofficially found out.

This meeting was important because it is a kind of recapitulation of the previous nine meetings, and based on the statements of the participants in the dialogue so far, most talked about media representation, but also changes in the election process during the election day.

The source, who attended the meeting, says that the conversation took place in a constructive atmosphere, and that the will was expressed to meet the demands of the opposition.

– Based on everything that has been said, it seems that the government is ready to make concessions about everything that could be heard so far, including the agreement on the census. It was said that elections at all levels should be held at the same time, in the period from March 20 to April 3. We also touched on the topic of campaign financing, and that it is difficult to follow the costs with the current system of financing, since 20 percent of the planned funds from the budget are distributed evenly to the submitters of the announced electoral lists, and then the remaining 80 percent to those who passed the census. It was said that this percentage should be moved, that the submitters of the announced lists would get more money – the source reveals.

According to the interlocutor, they also talked about reducing the functionary campaign, but also about specific things concerning the election day.

– A joint training of election observers should be held, and in addition to notaries, municipal certifiers will be able to certify the collected signatures. Sasa Radulovic from the DJB movement demanded that the voter list be equated with the list of the Ministry of the Interior, and in principle it remained that it could be so. It was also insisted that attention be paid to irregularities around minority lists – the source added.

On the occasion of the meeting, the President of the Assembly, Ivica Dačić, also spoke, thanking President Vučić for responding to the invitation and reminding that the topics were division into four groups, on which they exchanged opinions again today.

– The agreement is that at the end of August we will start finding a solution that would include mutual agreements and that everyone will be as satisfied as possible – said Dacic.

He added that it still stands that an agreement should be reached six months before the elections.

Such an agreement should be reached that in the end no one has any objections to the results. The practice of holding consultations on national and state issues will continue, and President Vučić invited representatives of political parties to talks with the leadership of the Republika Srpska in two days – announced Dačić.

The first meeting within the inter-party dialogue, without the presence of the President of the European Parliament, was held on April 28.