The brand new Emergency facility in Deçan is inaugurated 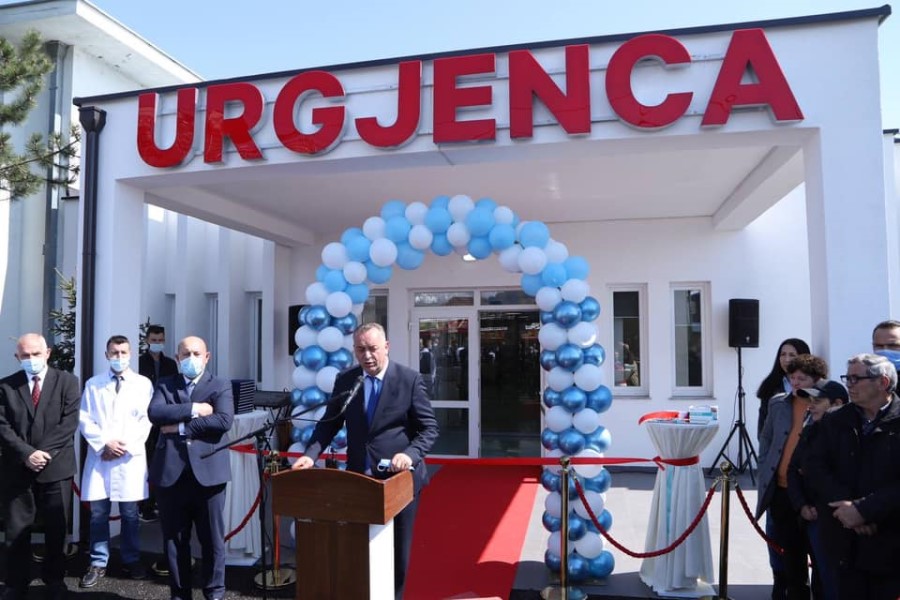 The Emergency was inaugurated today at the Clinical Center of Family Medicine in Deçan, which will be at the service of the residents of this municipality in much better conditions by offering much better services.

This was said at the inauguration ceremony of this facility, which was attended by the President of the Alliance for the Future of Kosovo, Ramush Haradinaj.

The former Prime Minister said that this project, which was funded during his time as head of the executive, shows that much has been achieved in Kosovo.

Among other things, he had a message for the people of Deçan, to respect the protection measures against the pandemic.

“I am glad that the emergency services are being completed. At the time when I was in decision making, I had the honor to finance such a project, but all this is the honor of Kosovo, of the citizens of the whole country. Kosovo has achieved a lot, but it has a lot of money ahead of it. We will also be challenged in the time to come regarding the pandemic situation. I call on you to be still vigilant, to save everyone’s life “, said Haradinaj.

Whereas the mayor of Deçan, Bashkim Ramosaj said that on this day when the Emergency is being inaugurated, there is no way not to remember those doctors who sacrificed everything in the service of others, and who are no longer among the living.

“Not only when we are in trouble, doctors and health personnel as a whole are the heroes of the city, the heroes of people around the world. However, our past, the period of the ’90s and especially ’97, ’98, ’99, the recovery then, the rebirth of activities in health has made us honor you today, you and many doctors who have sacrificed everything even in the period of protests, demonstrations and during the war. “Congratulations and hope this city has only good jobs”, he said.

The new facility is considered to be a very significant investment for the municipality of Deçan by the Director of Emergency, Selman Berisha.

He said that from today, the citizens of Deçan will be able to receive much better services at the Emergency.

“This facility which we inaugurated today is very important because the Municipality of Deçan has 41 thousand inhabitants and QKMF works 24 hours. In this case, Emergency, this facility that we are inaugurating is very important for our staff but, more important for the citizens of the municipality of Deçan, who will have the opportunity to receive much better services than they have received so far. . “From now on, I believe that we will breathe more freely,” he said.

In honor of the life and work of doctors who are no longer among their families, the mayor of Deçan, Bashkim Ramosaj has awarded decorations.

While the Kosovo Chamber of Physicians has shared gratitude for the medical staff in Deçan.