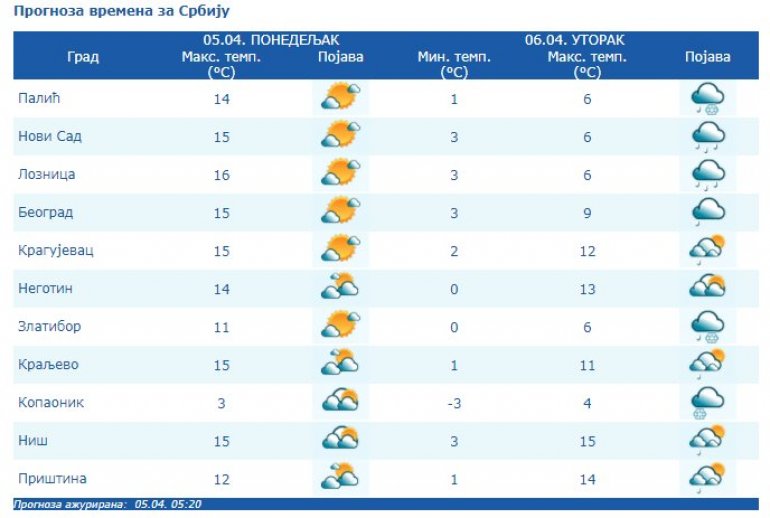 Wind weak and moderate, southerly. Lowest temperature from -2 to four degrees, highest from 12 to 16.

Jesus shone in opposition to Leicester, Mitrović didn’t use…

In Belgrade, it is also cold in the morning with a slight ground frost, and during the day it is mostly sunny and warmer. Wind weak and moderate, southerly. Lowest temperature from 0 to two, highest about 15 degrees.

The next days are cold in the morning, until Saturday with a slight morning frost. 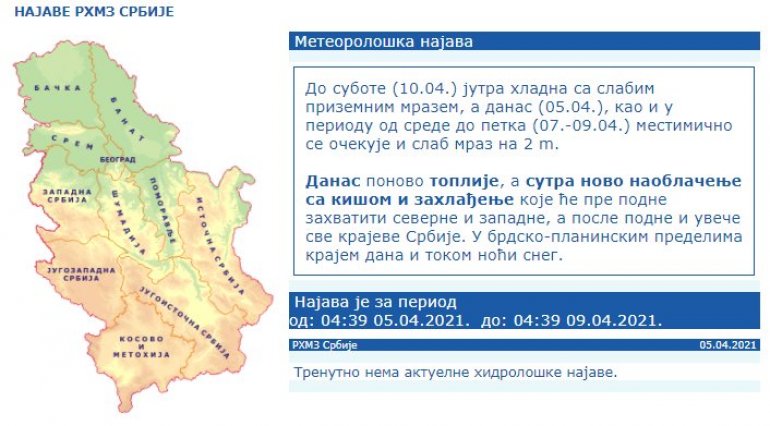 On Tuesday morning in the north and west, and in the afternoon and evening in other parts as well, cloud cover with rain and cooling. In hilly and mountainous areas, snow at the end of the day and during the night with the formation of a snow cover.

On Wednesday, mostly cloudy, cold and windy, with a moderate and strong northwest wind, in the lower areas with rain and snow, in the hilly and mountainous areas with snow. 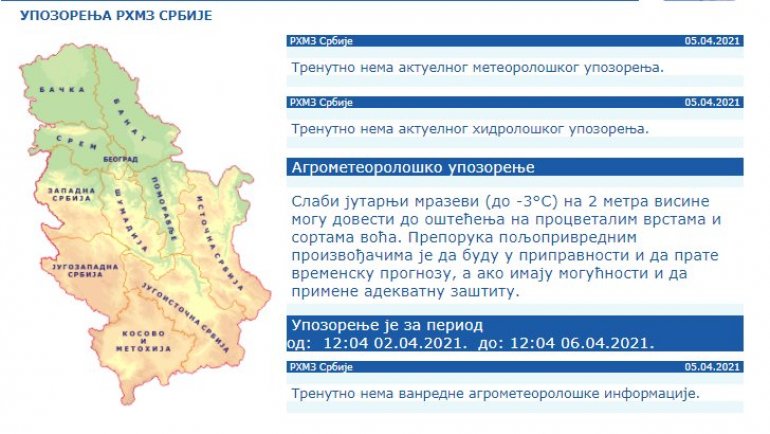 On Thursday, variable and still cold, sometimes with short-term rain, in hilly and mountainous areas with light snow.

Then noticeably warmer, dry by the end of the week, and on Monday new clouds with rain.

The brand new Emergency facility in Deçan is inaugurated

Jesus shone in opposition to Leicester, Mitrović didn’t use the penalty