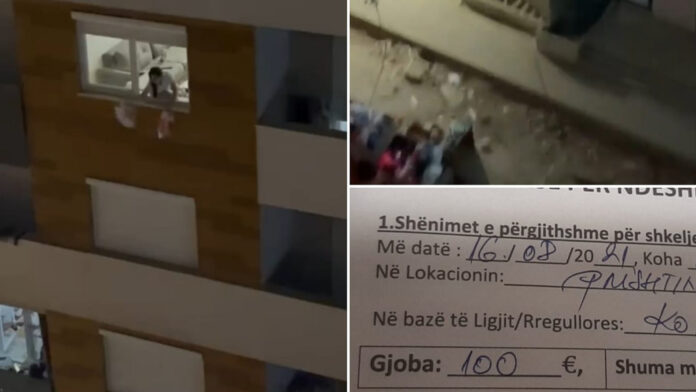 The Inspectorate of the Municipality of Prishtina has fined with 100 euros a citizen who had thrown garbage from the third floor of the apartment.

The moment was captured by the cameras of the citizens who informed the responsible bodies.

The sentence was confirmed by Adonis Tahiri, Director of Inspection in the Municipality of Prishtina.

Through Facebook, he has invited citizens to continue to denounce similar cases.

“Last night a video was published where a resident is seen throwing garbage from the window of the apartment.

“The area inspectors have identified the party, and have imposed a fine in the amount of 100 euros”, he wrote.

“We thank the citizens for the public denunciation of such cases, and for the help they give us in identifying violators of the law!”, Concluded Tahiri.