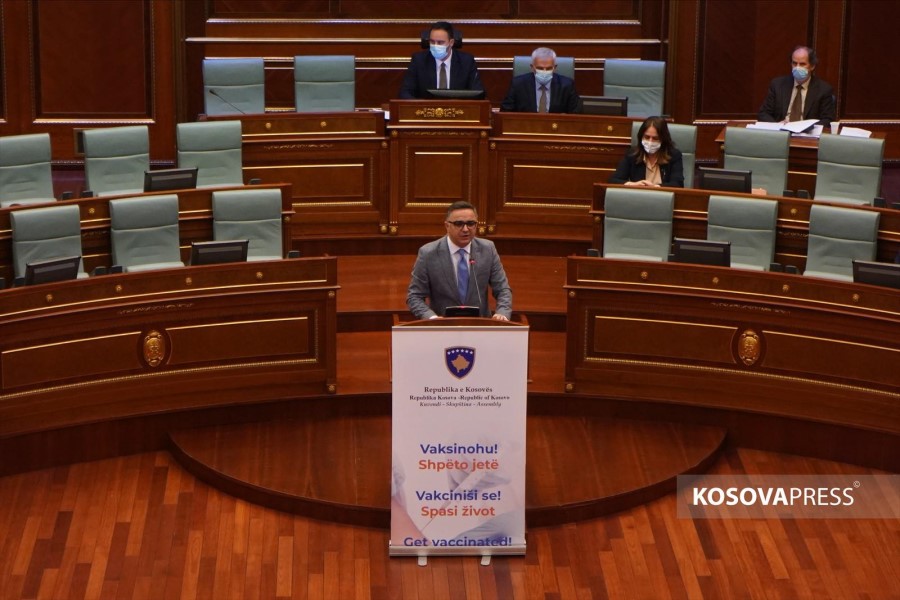 The continuous delays in the start of the plenary sessions have provoked debate today in the Assembly of Kosovo.

The head of the Parliamentary Group of the Alliance for the Future of Kosovo (AAK), Besnik Tahiri, said that today’s session is starting 43 minutes late and this, according to him, is an irresponsibility.

“The time is 11:43 minutes and we are starting with 43 minutes delay and we in our parliamentary group have not gone on vacation due to international agreements. “Please, after calling the session, come on time and if you do not come on time, announce that we should not stay in the hall like a hut, but that we should also go to our offices”, he said.

But the Speaker of the Assembly, Glauk Konjufca, reacted to him, saying that the delays of the deputies have always followed the legislature.

The Speaker said that he has no problem going to the session even 10 minutes before the appointed time, but this according to him should increase the vigilance of the deputies to come on time.

“As for the Speaker of the Assembly, the session could have started at 8:00, but the problem really is and has always followed the Assembly. I have tried Loyal to you too, wait half an hour with him. I waited for half an hour to find the session, I was used to coming to the Assembly even when there were five deputies, but the problem is that my expectations for you did not seem effective, which raises the vigilance to come to the session. “Since I come, it is not a problem even 10 minutes ago, at 11:00 I was waiting for them”, he added.

The MP of Vetëvendosje Movement (LVV), Avni Dehari, was also involved in this debate, who demanded that from now on the sessions start on time.

“Do we report the past, as these irregularities have accompanied us every time, but from now on when the time is set to be (in session)”, he said.

THE FIFTH VACCINE IS ARRIVING IN SERBIA! Right here is when the ‘JOHNSON AND JOHNSON’ vaccine might be out there to us