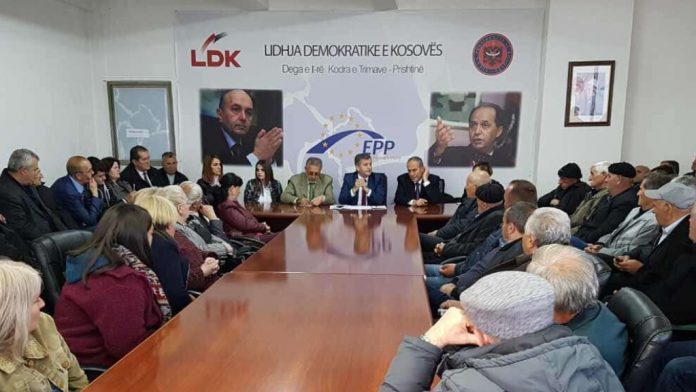 The first branch of the Democratic League of Kosovo in Pristina, has demanded the irrevocable resignation of the chairman of this branch, Ismet Beqiri, whom they consider the main responsible for, as they call it, the negative result.

“Furthermore, we estimate that, President Beqiri, is the main cause of the situation created in the 1st branch of the LDK in Kodra e Trimave, since as in the parliamentary elections of 2019, and also in the latter of “2021 has influenced us to have the most negative result since the founding of the party created by the historic President Ibrahim Rugova”, it is said in the communiqué of the first branch of LDK.

Further, they say that the current president of this branch has failed to nominate candidates for vice president and secretary.

During Monday, as a result of the drop in the result in the parliamentary elections, Isa Mustafa also gave leadership from the position of LDK chairman. /Express newspaper/