The government is meeting today, the easing of antiCOVID-19 measures is expected 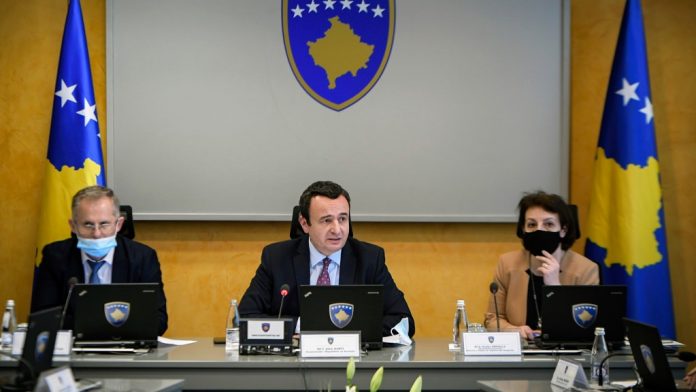 The Government of the Republic of Kosovo is holding a meeting today, while the review of antiCOVID-19 measures is expected, ie their facilitation.

The Government meeting is held at 18:00.

On Wednesday, the Association of Kosovo Municipalities and the Minister of Health, Arben Vitia held a virtual meeting regarding the situation with the pandemic, and from this meeting it was announced that Vitia has agreed to remove the curfew, this decision should be taken in Government of Kosovo.

Sazan Ibrahimi, from the Association of Kosovo Municipalities told the Telegraph that they have asked the minister to facilitate measures that help local economic development.

“…. We agreed to remove the curfew, yes, we only need approval from the government, as well as other facilities, which we have requested as AKM”, he said.

The announcement of the Association of Kosovo Municipalities stated that it is expected that the premises will be allowed to work until 23:00, while the organization of weddings is expected to be allowed from June 15, with special measures.

Otherwise, on Thursday night in Kosovo have arrived 100 thousand 620 Pfizer vaccines thanks to the Gavi Alliance of COVAX in the Republic of Kosovo.

“Since the arrival of the first 24,000 doses of the vaccine, which were followed by the 38,400 doses we received two weeks ago, and the 15,000 doses that have been delivered so far by the European Union Mechanism for the Western Balkans “Vaccination teams across the country have vaccinated priority groups and citizens with chronic diseases as defined in the State Vaccination Plan,” said in a statement from the Ministry of Health.

The Ministry of Health emphasizes that “Vaccination is the essential tool and the best hope to end the COVID-19 pandemic”, reports Telegrafi.

“100, 620 vaccines provided through COVAX are an important step to follow the vaccination plan at a fast and uninterrupted pace, according to all safety and quality parameters”, it is further stated in the communiqué.

Meanwhile, the Minister of Health, Arben Vitia the day before in the Assembly of Kosovo said “We will achieve our goal of vaccinating 60% of citizens by the end of the year.”

He added that a new plan for mass vaccination is being drafted.

Kosovo tonight will hold the first training session, before the friendly matches in June – Latest News