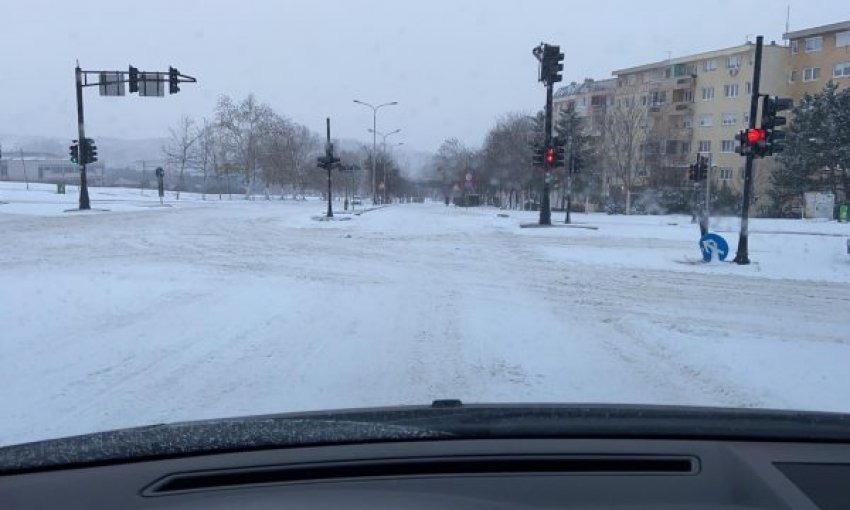 After numerous criticisms for the roads not cleared of snow in Prishtina, the mayor of Prishtina, Shpend Ahmeti, reacted.

According to Ahmeti, “dozens of trucks and cleaning machines have been engaged since the beginning of yesterday’s rain to clear the snow”.

But, Ahmeti says that without stopping the rain can not be completely cleared of snow.

Dozens of trucks and cleaning machinery have been engaged since the beginning of yesterday’s rain to clear the snow. Other companies have been called in to help. All this knowing that today almost all citizens will turn to the ballot boxes.

You can also read the news from European capitals when it rains so much. Even though it is constantly cleaned, we still know that without stopping the rain can not be cleaned completely.

Since the evening we have been in contact with the MEC to unblock the roads in the villages.

So all night hundreds of people, the maximum commitment of all teams to clean the streets.

At 11 o’clock with the percentage of citizens who had gone to the polls, they also accused us of obstructing the process as if someone had ordered snow. At 15 o’clock the exit is bigger than in 2019. Now the roads are normalized.

With the hope that all those who want to vote have not been hampered by the snow, we wish the parties success in this election. The same situation has been and is in the cities where they govern if not worse.

We thank the citizens for their understanding and we continue with the cleaning tonight.