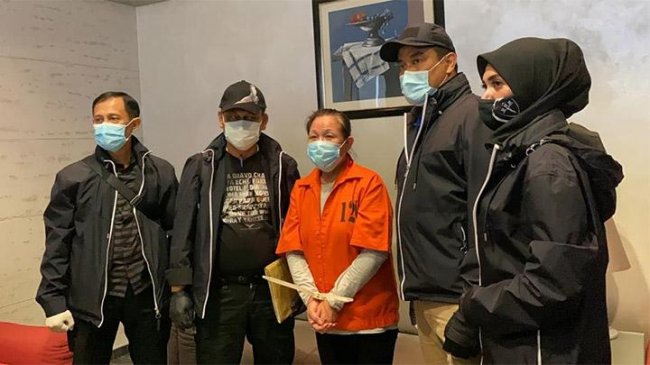 TEMPO.CO, Jakarta – – The Minister of Justice and Human Rights, Yasonna Laoly, recalled the lengthy process that the Indonesian government had to go through to extradite the bank fraud suspect Maria Pauline Lumowa. According to the minister, there was one European country that Serbia had lobbied against Maria LumowaDelivery.

Yasonna even claims that stories from the Serbian Ministry of Justice suggest that Maria Lumowa’s lawyer even tried to use bribery. “There were attempts at bribery,” said Yasonna at a press conference on Thursday at Soekarno-Hatta Airport.

However, he did not reveal which country had tried to block the extradition of Lumowa – who was reportedly a Dutch national since 1979. The minister said Indonesia had twice applied for his extradition to the Kingdom of the Netherlands, but had been refused.

This, Yasonna said, forced the government to pursue high-level diplomatic approaches between Indonesia and Serbia. This was a daunting task as the two countries have not yet signed an extradition treaty. The Indonesian government needed to act quickly as the arrest of Maria Lumowo in Serbia would end on July 16, after she was arrested by the country’s Interpol on July 16, 2019 for a red notice in December 2003.

Maria Lumowa is one of the suspects of the The Indonesian authorities had accused of embezzling loans from the state bank BNI between October 2002 and July 2003 amounting to 136 million US dollars and 56 million euros.

The Indonesian police claimed they used a forged “letter of credit” to obtain export credits for the mining and plantation company Gramarindo Group, which they founded with Adrian Waworuntu, who is serving his life in prison.

95 cases of Coronavirus in Prishtina