The LB member joins AAK, competes for Assembly in Prishtina 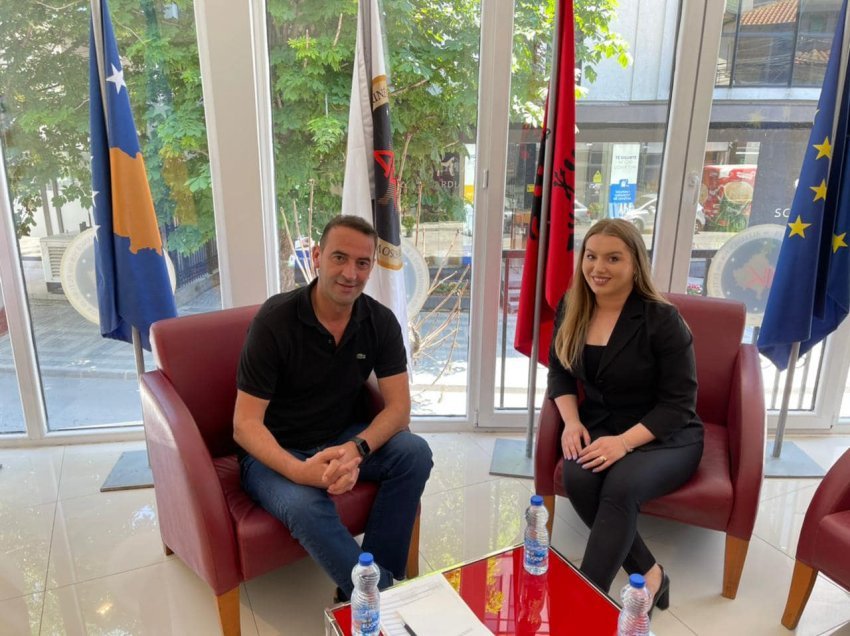 The candidate for mayor of Prishtina, Daut Haradinaj has presented today the next candidate for the Assembly of the Capital, Arbnora Ajeti.

He said that Arbnora Ajeti network from a patriotic family over the years.

Today, Arbnora Ajeti, a family member of Muhamet Ajeti, a devoted fighter and activist over the years, is officially joining the winning list for Prishtina. Arbnora comes from a large family from Gollaku. She is a graduate of the Faculty of Law, University of Prishtina. “She enters the competition with full conviction that she will be a worthy representative of the neighborhood and the youth spirit of the Capital”, wrote Haradinaj.

It is agreed that Arbnora Ajeti was a member of the leadership of the Movement for Unity (LB) and the same from today has joined the AAK, respectively the list for the Assembly of Pristina from the ranks of this political entity.