The “Mu” variant will not be detected in Kosovo, over 280 samples are despatched to Germany 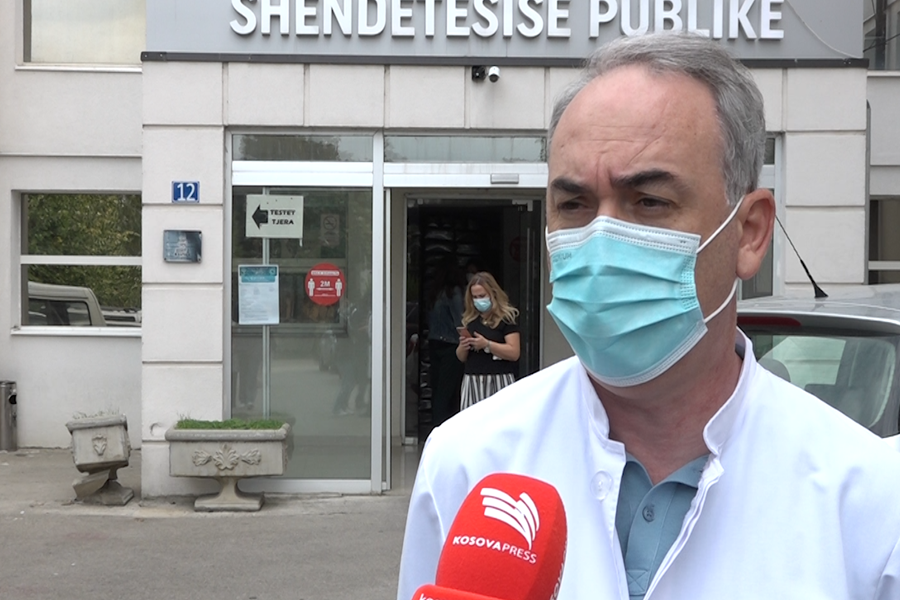 Earlier this week, the Kosovo National Institute of Public Health sent 282 samples to a laboratory in Germany to detect new variants of COVID-19, namely the Colombian “Mu” mutation. The results of these samples are expected to be announced next week. But health experts are estimating that the “Mu” variant is more contagious and more secretive, so considering the percentage of vaccinations in Kosovo, they warn of a new wave of infections during the fall.

Microbiologist Xhevat Jakupi from the National Institute of Public Health says that this institution does not have the capacity to trace new variants of COVID-19, so earlier this week they sent samples to Germany, the results of which will show if Kosovo is affected. or not from the Colombian variant.

He said that these samples are being sent to Germany through the European Union Disease Control Center.

“Within the NIPH there is no capacity for sequencing the SARS-COV2 genome, for this reason we occasionally send samples outside Kosovo to laboratories with which we have an agreement for this purpose. 1’31 Earlier this week, Monday, September 6, we launched another 282 samples to detect sequencing variants that will then result in information on what variants are currently in circulation. We of course plan to make the most of this program and in the coming weeks, we will send samples out of Kosovo again. […] We do not have information whether they arrived or still, they arrived yesterday or could arrive today so it is too early to complete the sequencing process for 282 samples which have been sent, it is expected in the coming days we believe that next week the results will be received “, He stressed.

Microbiologist Jakupi says that the National Institute for Public Health can not detect variants of SARS-COV2 because they lack equipment but also experts in this field.

Jakupi from the Department of Microbiology at NIPH says that they are already in the process of purchasing equipment that will enable the detection of new variants in the coming months in our country.

“We did not have the equipment to carry out this work process and during the last year we started buying equipment, we bought some of the necessary equipment, within this year we have started another process of purchasing equipment that were missing in addition to what we provided in the previous year and this tendering process has taken quite a long time. […] We in Kosovo currently do not have experts in sequencing so we need to be trained from scratch, we have a complete lack of a field called bioinformatics experts and we will have to consider how to overcome this shortcoming through training of microbiologists or fields similar who will have the opportunity to receive knowledge “, declared Jakupi.

According to health professionals, the “Mu” variant is more dangerous and more deadly, therefore they require more mass vaccination of Kosovo citizens.

The President of the Federation of Albanian Doctors in Europe, Aurora Dollenberg, estimates that autumn can find Kosovo, but also other countries of the Western Balkans, in a new wave of infection that will cause the Colombian variant.

“There are two main pillars of protection against new variants, the first is vaccination, the second is the continuation of protection measures whether mask, social distance, hygiene, each country is categorized according to the risk to new variants based on the number of vaccinated that has population and based on the discipline that every people has. And in both of these columns, whether for the percentage of vaccination, or for the discipline in protection from infection, Kosovo is not that it is in the first places in the list in Europe, but on the contrary in the last list we know that the percentage of vaccinated is less than 20% and the population especially in the summer months where there were celebrations, tourists who came emigrants from abroad all this speaks of a forecast not very positive in terms of autumn so Kosovo like Albania but also other Balkan countries should “They are especially prepared for a fourth wave,” says Dollenberg.

Family medicine specialist Dollenberg tells KosovaPress that the “Mu” variant is easier to spread and is more secretive to identify.

“The ‘Mu’ variant has shown in the few studies that exist so far that it is even more contagious and contagious than ‘Delta’ and another fact is more hidden than ‘Delta’, so the fact that we do not identify that in the first moments in patients makes the disease even more dangerous and deadly. […] “The symptoms caused by the ‘Mu’ variant are not very typical, they are similar to a very mild cold which from moment to moment worsens without the possibility for the doctor or even the family member to be hospitalized and treated in time.” , says the family medicine specialist.

Infectologist, Arben Vishaj says that the possibilities are for the citizens of Kosovo to be infected with the “Mu” variant. As he says clinicians are making the necessary preparation to prevent and control this new mutation.

The acting director of the Infectious Diseases Clinic stressed that vaccination is the only weapon not to face the new mutations that COVID-19 will undergo.

“We have not yet identified this variant but a possibility of the arrival of this variant exists and we are preparing to be as functional as possible in terms of activating all our staff in disease prevention and control. […] 07 40 What is known and what is important is that the application of preventive measures against epidemiological have scientific support, it should be strengthened much more and the vaccination of the population in general should be as massive as possible, and we already we can not leave our fate at the mercy of COVID genetic transformations, but we will mobilize according to our capacities in respecting the epidemiological measures and in vaccinating the population as much as possible as this gives us a guarantee that in the future “Let us not face the harsh waves of what we have faced so far,” he said.

The ‘Mu’ variant was first discovered in Colombia, in January this year. This variant has spread to 43 countries while the WHO epidemiology report says that preliminary data show that ‘Mu’ appears to be more resistant to antibodies.

14 deaths in the last 24 hours in Kosovo – Latest News