Even this midweek, the emotions of the biggest competition at the club level have continued.

Many surprising results were achieved in these duels, where the ‘failure’ of the two giants Real Madrid and Barcelona stands out.

Real were beaten by Sheriff Tiraspol 1-2, while Barça were embarrassed by Benfica 3-0.

This is the standings in all the groups of the Champions League after the first two rounds. 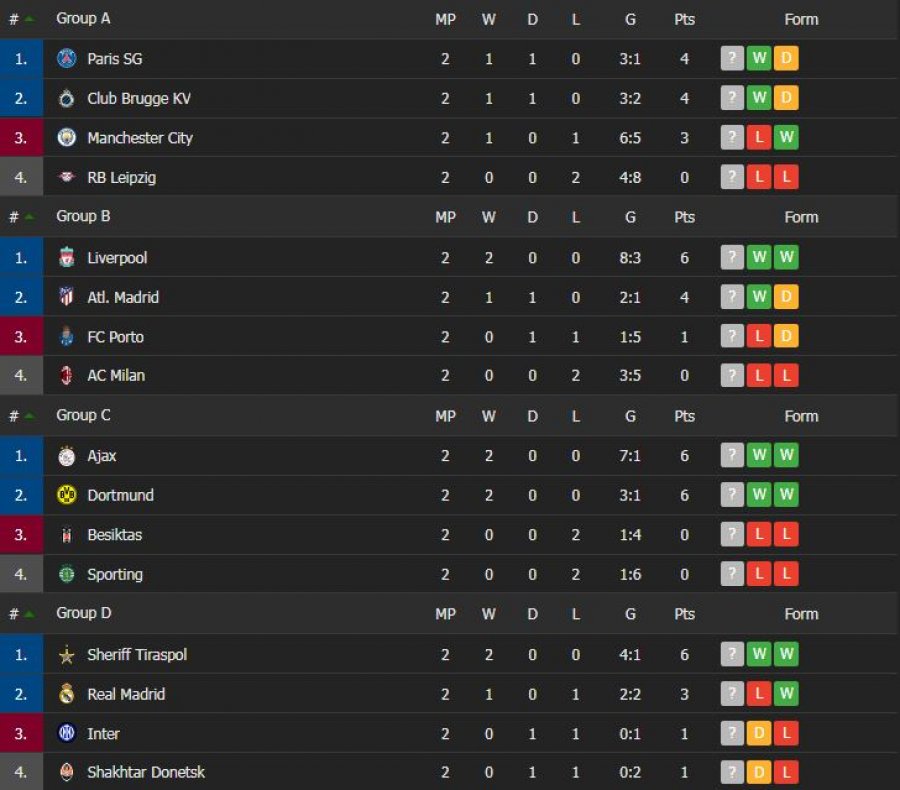