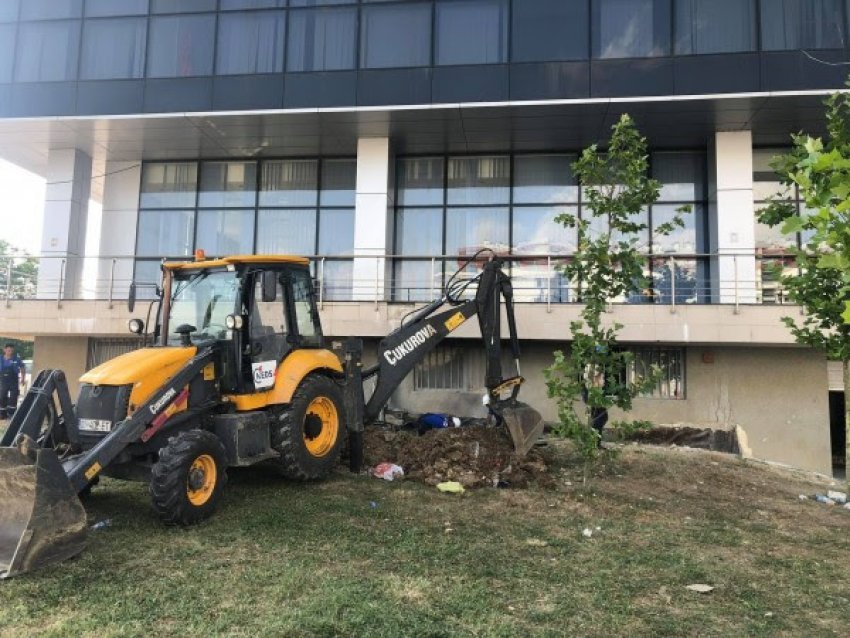 As a result of the burning of some power cables, today a fire broke out near the new building of the Municipality of Prishtina. Due to insecurity, the workers were evacuated, until there were no injuries. KosovaPress stayed at the scene, where KEDS teams were seen to repair the damage caused.

Security worker “Guards of Honor” Xhavit Gashi tells details for KosovaPress about this incident. He says that with their intervention the fire was extinguished and the workers were evacuated.

Gashi: We extinguished the fire in time, no one was injured

The municipality of Prishtina also announced about this fire explosion.

“They inform you that the fire has been brought under control and extinguished. The fire brigade is at the scene together with the Directorate of Public Services, the Directorate of Inspection, the Kosovo Police, KEDS and the emergency team. In order to avoid the risk of a new fire, municipal workers and citizens were evacuated in time, while work was stopped at the facility for today. The causes of the fire are being investigated “, it is said in the announcement of the Municipality.