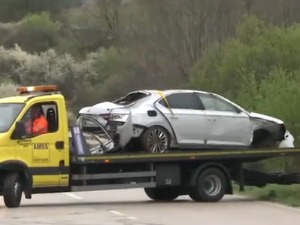 The Prosecutor’s Office in Aleksnica explained that there are no grounds for initiating criminal proceedings because the actions of any person did not constitute any of the criminal acts for which they are being prosecuted ex officio.

As announced by the Public Prosecutor’s Office in Aleksinac, the accident that happened on April 10, 2022 involved a vehicle driven by Branko Gogić, who died on the spot as a result of the accident.

The leader of the SDP, Rasim Ljajić from Novi Pazar, was in the passenger seat of the vehicle, who was seriously injured.

The Public Prosecutor’s Office in Aleksinac informs the public that after obtaining the reports of the competent institutions and the expertise of the traffic accident, as well as the analysis of the collected and other evidence in the case files, it has decided that there are no grounds for initiating criminal proceedings against any person.