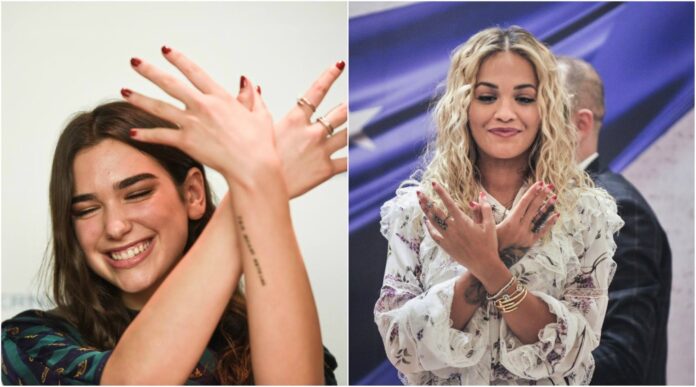 It has long been known that the two Hollywood stars, Rita Ora and Dua Lipa do not talk to each other.

The international singers wings of pride they gave in their homeland with the successes reaped at the same time make us feel bad as they have cold reports. Also, Bebe Rexha was the one who showed that she tried to reconcile but that such a thing was in vain and according to her, a cooperation of three that was started some time ago between them is impossible to be realized.

Dua and Rita have also refused several times to talk about their bad relationship and not talking at all. Finally, it seems that things have taken another turn.

This is because the gym coach of Rita Ora has thrown a video exercising the artist from Prishtina, while in the background the song of Dua Lipë is heard. This thing has excited the fans that there will not be a reconciliation of the duo but it remains to be seen.

Five substitutions in the Super League, the coaches ask FFK for the opportunity for more players in the reserve bank – Latest News

THE PEOPLE OF VRANJ ARE ALSO RECEIVING THE THIRD DOSE OF THE VACCINE! On the vaccination level with out guža, six individuals have been immunized!