They published the video by completely removing the clothes on the bus, says the 64-year-old from “Per’puthen 40+” 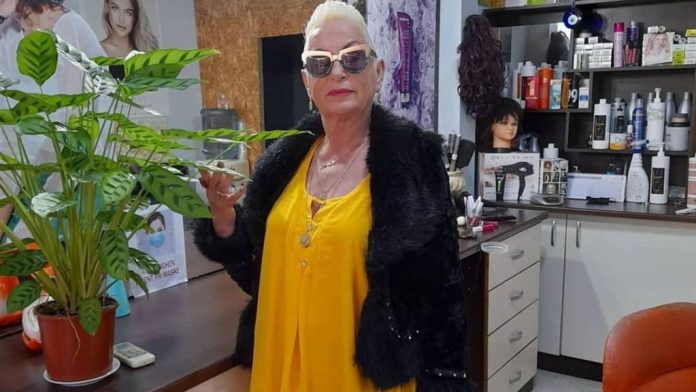 One of the competitors who stood out in the program “Per’puthen 40+” is Luljeta from Fieri, who does not know the complexity of the way of speaking, so much so that she said that she would find her husband when the light bulb was lit.

However, it seems that Luljeta was not complex even with her actions, recently in an amateur video Luljeta appears who is dressed inside a bus, she is seen removing her blouse even though the bus is overcrowded. Mrs. Luljeta is one of those characters who does not have a complex age at all and dresses extravagantly.

To talk about this video, the 64-year-old was today in a direct connection with the show “Albania Live”, where she showed how her truth stood, she confesses that she was on a trip only with women, where only the driver has being a man. “We were on an excursion in Shkodra, we had such a good time, we were just women and we sang and danced, at one point I was hot and I was dressed, the removal helped me to take off my shirt and this moment they filmed and made it public.

I did not know anything, except when I was told that he is on the network, I do not know who did this action, the video has been published for a long time, I have people everywhere and you do not feel well, because I do not worry that this is me “, said Luljeta./Express/ Most teachers in Croatia do not want to be vaccinated, Minister: I’m surprised – Latest News