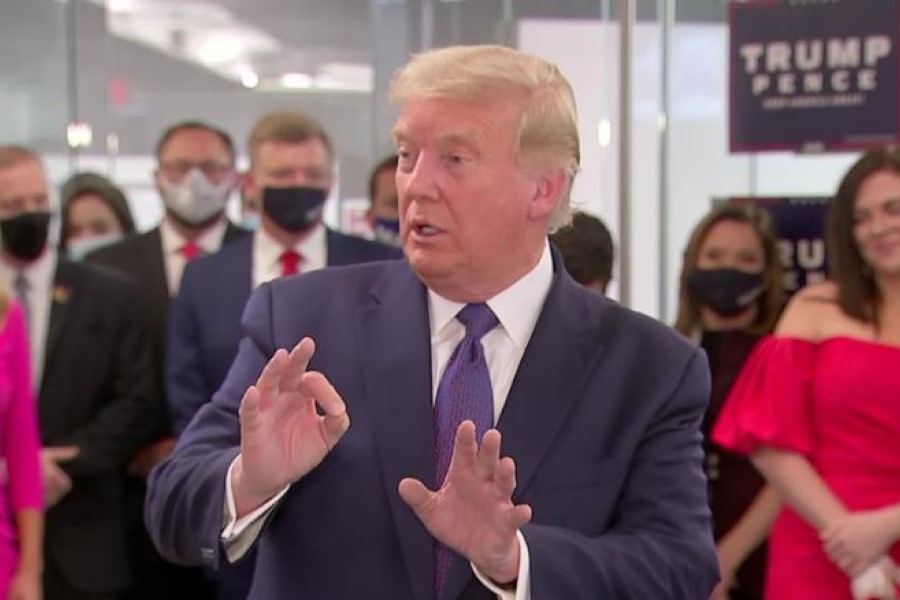 In a speech to the Conservative Political Action (CPAC) conference on Sunday, former President Donald Trump hinted at another White House candidacy in 2024, reiterating his claims that Democrats “stole” the 2020 election. reports Reuters.

CNN states that Trump tried to regain his role in Orlando, Florida, and secure the most influence in the Republican Party before the 2022 by-elections.

“Our incredible journey is over. “We will win and America will be stronger and bigger than before.”

Although there are prominent critics in the party, most Republican leaders sided with Trump during the Orlando conference, while state and local party officials began condemning Republican lawmakers who supported his withdrawal, according to the American television network.

CNN reports that Trump also won an unofficial poll among CPAC participants when asked when they saw him as the Republican Party presidential candidate in 2024, but that these results also suggest that there is interest in other potential candidates.

Two polls were conducted, one containing Trump’s name as a potential candidate and the other not.

In a poll with Trump, 55 percent of respondents expressed support for the former president as their candidate for the 2024 election, and 21 percent supported Florida Gov. Ron Desantis, while in another poll that ousted Trump, Desantis was well ahead of other candidates, with 43 percent of the vote, according to CNN.

The CPAC is one of the most important annual rallies of the Conservatives and is held at the moment when it is decided where the Republican Party will go, whether it will distance itself from the former president or stay with him.

“Qeqa” for the form of FC Prishtina: I enjoy their form, FFK should “turn its head” for an invitation – Latest News

“Toki” for the victory of Prishtina in Mitrovica: Prishtina is showing better stability than any other team, in these circumstances the draw has been positive for Trepça ’89 – Latest News