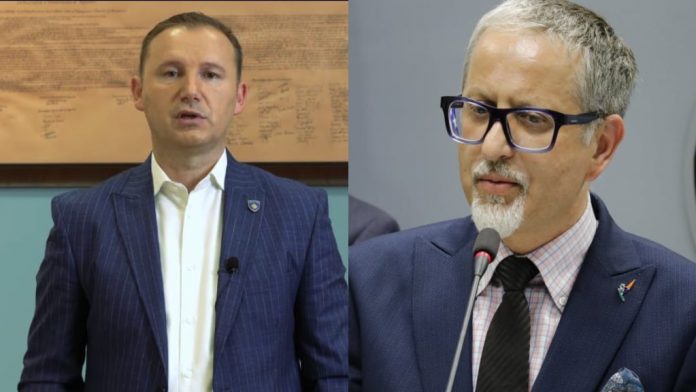 The termination of the contracts of the medical staff that were engaged during the COVID-19 pandemic, has provoked harsh retorts between the Minister of Health, Arben Vitia and the former Minister of this department, Armend Zemaj.

“Nurses have signed a contract when there was a need in health institutions.

They were fixed-term contracts, if the former minister promised you that they could be extended then they were deceived.

“We have maximum respect for these nurses, but this is the reality,” he said.

After that, the reaction of the former minister Armend Zemaj was immediate, he said that the dictionary of Minister Vitia is unfortunate, adding that he did not deceive anyone.

“Minister of Health, I am sorry for your deceptive, ordinary deceptive vocabulary.

The engagement of the medical staff is done in accordance with the law on prevention and fight against COVID-19, this engagement means for urgent needs.

If this minister finds, legally declares that the pandemic has ended in the Republic of Kosovo, then there will be no need for further commitment of this staff “he declared.

Further, he added that the medical staff know very well what contracts they have signed.

“Second, Minister, we have not deceived anyone, as you are doing.

They are not functionally illiterate, they are all with adequate education, and they know what they have signed and the term of the contract “, he added.

Otherwise, the medical staff whose contract has already been terminated has protested several times as a sign of dissatisfaction. / Telegraphy /