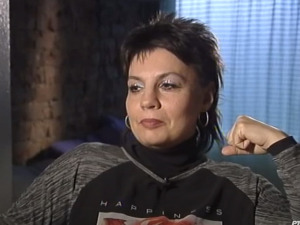 Vladana Markovic graduated in solo singing at the Faculty of Music and Production at the Faculty of Dramatic Arts. She started her career as a jazz singer in the band “New Age”, and later she continued her solo career and collaborated with numerous eminent domestic and foreign jazz musicians.

For PGP RTS, she released a CD called Karavan together with the Big Band RTS.

She was very successful in pedagogical work as the first professor of singing at the Jazz Department at the “Stanković” High School of Music. She transferred her knowledge at numerous master workshops and at the Terazije Theater.

Since 2000, Vladana Markovic has worked at the Radio Television of Serbia, first as a music producer in the Jazz Editorial Board of Music Production, and in recent years she has dedicated herself to work on applied music in the Music Editorial Office of Serbian Television.

She will be remembered for her gorgeous vocals and great talent.

The date and place of the funeral will be announced later.