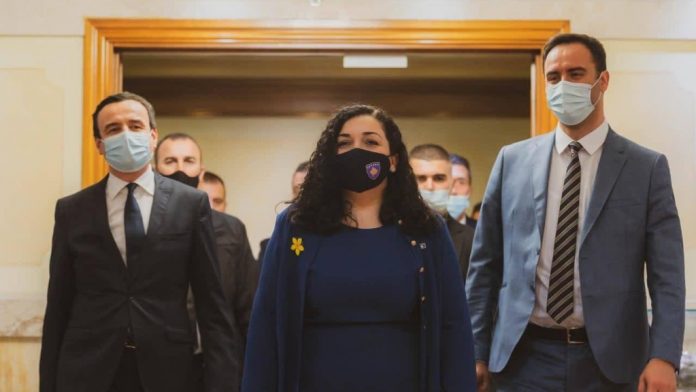 Vjosa Osmani’s first speech as President of the Assembly of Kosovo has received special attention of the Serbian media.

A statement by her has impressed the Serbian media.

Kosovo’s newly elected president, Vjosa Osmani, said Serbia should take responsibility for everything it has done in Kosovo.

Osmani said that “justice will not be achieved until the Serbian criminals are brought to justice.”

At the same time, as she said, “peace will be achieved only when Serbia repents”.

She said dialogue is the right way, but that Serbia must take responsibility for the past.

“THE WORDS OF THE SNAKE VJOSA OSMANI: A story about dialogue and demands that SERBIA BE RESPONSIBLE FOR CRIMES”, wrote the Serbian media “Espreso”.

Addressing the deputies, Osmani reiterated that justice will not be served until “Serbia bears responsibility for the crimes committed in Kosovo”, writes this medium at the top of the text.

The other Serbian media, “Blic”, headlines its article as follows: OSMAN’S FAMOUS RHETORIC: Justice will not be served until Serbia is responsible for the crimes committed in Kosovo.

While “B92” wrote that Osmani sent a message to Serbia.

In her first speech before the deputies, the newly elected President of Kosovo, Vjosa Osmani, said that Serbia should take responsibility for “everything it has done in Kosovo”, it is said at the top of the news that this Serbian media has done for Osmani .

Vjosa Osmani was elected president of Kosovo yesterday with 71 votes of deputies.

She received confidence in the third round of voting.

The deputies of her former party, LDK, also helped her to be elected to this position./Kosovarja/

KHN’s ‘What the Health?’: Looking Ahead to the Lame-Duck Session