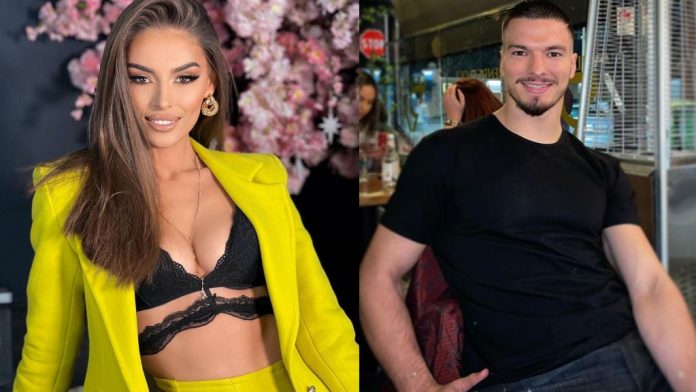 After the scandal with Arjon, which caused a great commotion, Ana Lleshi was expelled from “Për’puthen” due to breaking the basic rule of the program.

Later she returned to “Për’puthen Prime” and again got everyone’s attention by giving a kiss on the lips of the Homeland. The latter did not leave the show, but said it was simply a farewell kiss.

But Ana did not close with that and today she was seen again in the program. This time not as a competitor, but as a presenter instead of Bora Zemani, who today won the battle with Covid-19.

As soon as she entered the program, Ana started flirting with Andi, who has recently become part of the show. She said she could have matched it, certainly if Homeland were no longer part of the show. “I continue to be single, it seems to me that I will enter ‘Për’Puthen 40’.

What about you young boys? “Andi, if I were here we would match together, if it were not for the Homeland of course”, said Ana.

However, Andi returned it to Ana in the same way and during the program he made a jump because sex only for her. He was prompted by Rinian’s statement that he had worked as a stripper and Andy got up and danced in the middle of the studio with Anna.

He undressed in front of the cameras, while Ana enjoyed the dance very much./express