We’re happy with equipping and modernizing the military 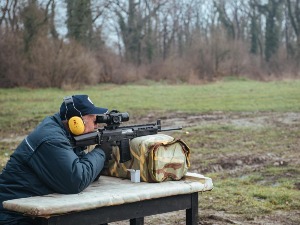 Nebojsa Stefanovic visited the Center for Testing of Weapons and Military Equipment “Nikinci”, the Ministry of Defense announced.

He said that our domestic factories, the Technical Testing Center, the Military Technical Institute, as well as all the people from the Sector for Material Resources are working every day to ensure that new funds are implemented in the units of the Serbian Army as soon as possible.

Even in such weather conditions, there are no obstacles for these people to constantly test and shoot with these means, such as the modernized M-84 tank and infantry fighting vehicle. shooting with a 40 mm hand grenade launcher and testing the thermal imaging sight on our new modular rifle “, said Minister Stefanović.

He added that “everything is working well, that he is glad to hear from the people from TOC that they are satisfied, because when they are satisfied it means that the Army will soon get something of very high quality and that we will have modern weapons, domestic production “.

He emphasized that he was proud of all those people who worked diligently and enabled our soldiers to have a modern rifle of domestic production and to modernize tanks and armored personnel carriers.

“Through great work and commitment, they enabled our soldiers to have a modern rifle part of domestic production and to modernize our tanks and armored personnel carriers. Thank you all and I wish them to continue with this enthusiasm and commitment and that we will be proud of “Everything is a product of our domestic intelligence and domestic industry,” Stefanovic said.

During the visit, Stefanović also talked with members of the Center for Testing of Weapons and Military Equipment “Nikinci” and VTI, who informed him on that occasion about the status of ongoing projects.

RWC ‘Prishtina’: Drinking water supply will be stable during the New Year holiday

Antonio Guterres: 2022 to be the yr of restoration