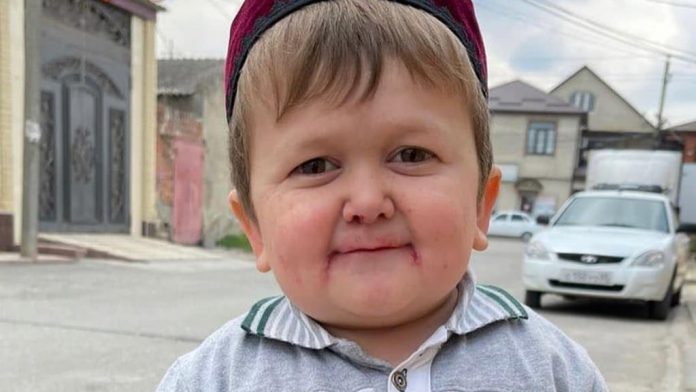 Maybe the name Hasbulla Magomedov does not remind you of anything, but you have probably seen his face at least once on social networks.

Hasbulla is a blogger from Dagestan, Russia and has always had a lot of fans on social media, but a viral video of a brawl made him super famous online overnight.

He became famous from videos where he pretends to be fighting young children or adults with the same condition as him.

Madomedov has even attracted the attention of Kanye West, among other celebrities.

Is Hasbulla a child?

He is 18 years old, but because of his condition, many people think he is a child.

The 18-year-old is 1 meter tall and weighs about 16 kilograms (according to Sportskeeda). His last opponent, Adbu Rozic, is believed to be in the same situation.

According to the National Institutes of Health (NHS) in the US, dwarfism has two main characteristics:

Proportional short stature (PSS) – a general lack of growth in the body, hands and feet.

Disproportionate short stature (DSS) – The condition where the arms and legs are particularly short.

This form of dwarfism is easier to detect at birth, while PSS may not become apparent until early childhood, when one is not growing fast enough.

There are up to 400 medical conditions that can cause either of these two forms of dwarfism.

The NHS explains that while some people with dwarfism may have other physical problems, such as bent legs or a very curved spine they do not have any other serious problems.

People with limited growth can lead a relatively normal life, with a normal life expectancy.

Medical staff was not present, the citizen saves the life of a woman in Gërmia Swimming Pool – Latest News