In recent days, the issue of whether Valon Behrami had rejected Kosovo has returned to the topic once again, writes Zeri.info.

It all started yesterday, when Valon Behrami told Indeksonline that there was never a meeting with the representatives of Kosovo or an invitation from the latter.

“First of all, no one came to talk to me face to face. To this day, my family knows, no one has come to talk to me in the face. A man did not come to tell me, Valon is coming to Kosovo with a lion, is he coming with us? Has anyone come? Jo! They have all talked about it before. What money did I get in Switzerland? I have never spoken before. We who have played for Switzerland, have never had a menu before. Do you think that those who play for Kosovo in the world championship do not get money ?! People when they do not know things speak. We do not have a salary in Switzerland, we only have the premium. He goes to the European championship, he gets the prizes, he goes to the world championship, he gets the prizes “- said Behrami.

Today (Friday), the former Kosovo selector, Albert Bunjaki, responded to him, saying, among other things, that Behram had been offered the Kosovo captain’s ribbon.

“The reality is that Valon has been a priority. We even tried at all costs until the last day, that is, in 2016, before the qualifications started, to approach Valon. I personally have been to both Switzerland and England to meet Valon. I had regular contacts with Valon’s father, Ragip Behrami, whom I have a very close friend and we know the circumstances as they were. However, efforts to bring Valon closer were also made by the late mayor, Fadil Vokrri, and our collaborator, Muharrem. So Valon had the invitation, even Valon had more than the invitation, Valon was also offered the captain’s tape to join us. We wanted to be honest with the market and we had a very important project because I understood that Valon’s arrival will be very important for other players as well. However, the decision was Valon’s. Everyone thinks you know those public statements that we have supported even though the players have decided to stay. However, Valoni had the invitation “- declared Bunjaki.

Bunjaki received a response from Valon Behrami’s father, Ragipi, who also said that Valon had no official invitation and that he never personally [Valoni] did not meet with anyone from Kosovo.

READ FULL: Valon Behrami’s father responds to Bunjak: There were no meetings or official offer for Valon

You may have forgotten, but on March 30, 2015, Valon Behrami, said that he is Swiss and asked to stop the term “Kosovar-Swiss” or “Swiss-Kosovar”. Behrami even then spoke on behalf of Xherdan Shaqiri.

“There is no dissatisfaction in the team. We are a group. Thanks to investments from the Swiss Football Federation I have become the player I am today. This also applies to Xherdan Shaqiri. We need to stop and stop talking about ‘Kosovar-Swiss’ or ‘Swiss-Swiss’. It sends nowhere. We are Swiss who play for Switzerland “- was Behram’s statement in 2015, when the former well-known Swiss representative, Stephen Lichsteiner, criticized non-Swiss footballers, writes Zeri.info.

In addition, Behrami had supported the initiative of ASF, that footballers do not celebrate goals by making the eagle with their hands.

“I was 100% with ASF. This issue has been resolved “- was the response of the football player from Mitrovica, who at that time had made a complaint to the Albanian media, saying:” It should not be forgotten that the pressure of the Albanian and Kosovo media on the new players is great. ”. 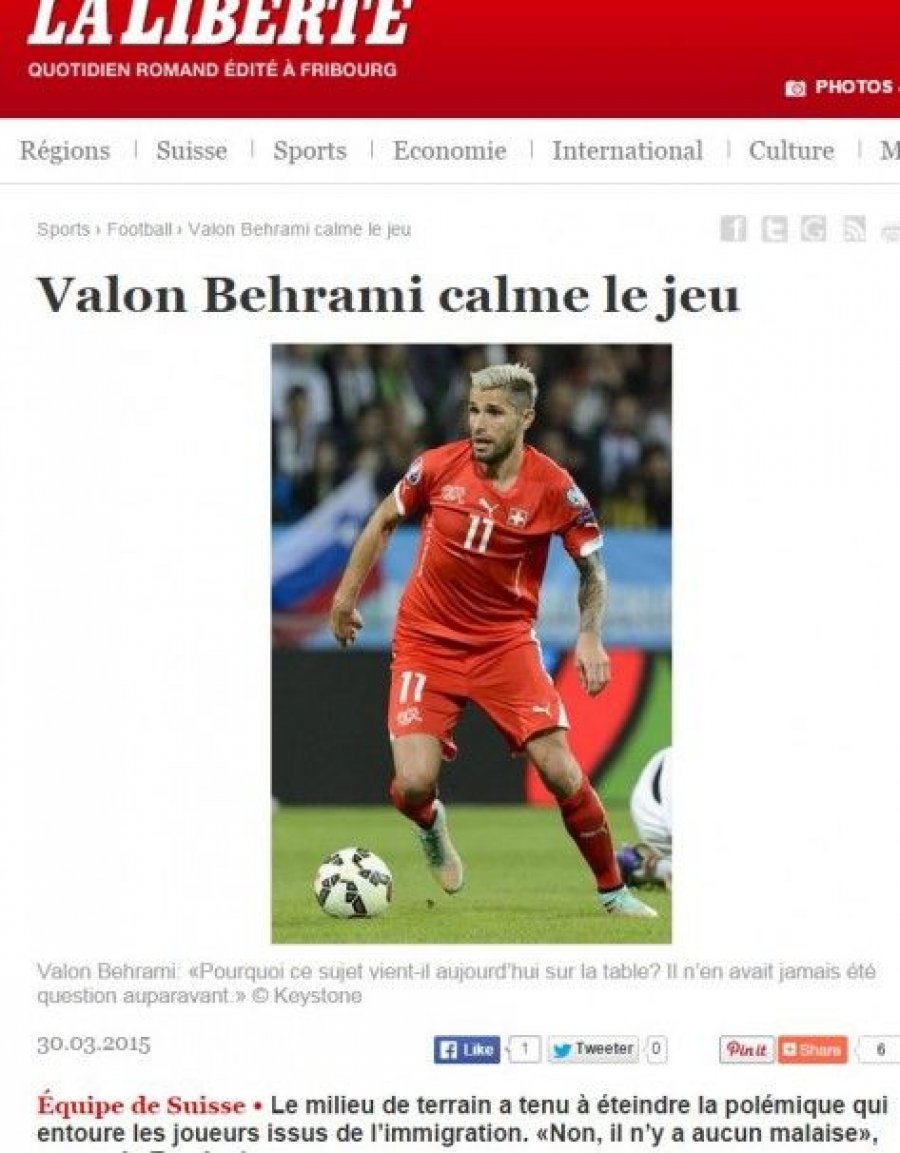 PLE: Supreme Court decision unacceptable, we will appeal to the Constitutional – Latest News

Homeland ‘ironizes’ with Antonella after the strong statement about Mevlani