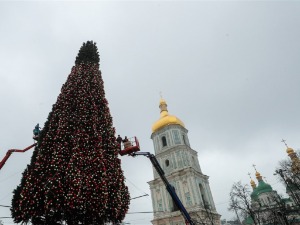 Such a move represents a clear separation from Russia, which celebrates Christmas on January 7, and will further deepen the gap between the two Ukrainian churches, according to Politiko.

Archbishop of the Orthodox Church of Ukraine Yevstratiy Zoriya told Politiko that people are left with a choice when they want to celebrate Christmas and reminded that the basis for changing the date has existed since 2017, when December 25 became a holiday in Ukraine.

According to Yevstrati, before the war, more than a third of Ukrainians wanted to switch to the Gregorian calendar, and he added that Christmas Day would not be moved, but that it would be an additional day of worship.

Ukrinform reports that the head of the Ukrainian Greek Catholic Church Sviatoslav and Metropolitan Epiphanius of Ukraine held a meeting where, as stated, special attention was paid to the reform of the church calendar.

The President of Ukraine, Volodymyr Zelensky, congratulated believers who celebrate Christmas according to the Gregorian calendar and emphasized that this year, because of the war, all holidays have a bitter taste for Ukrainians.