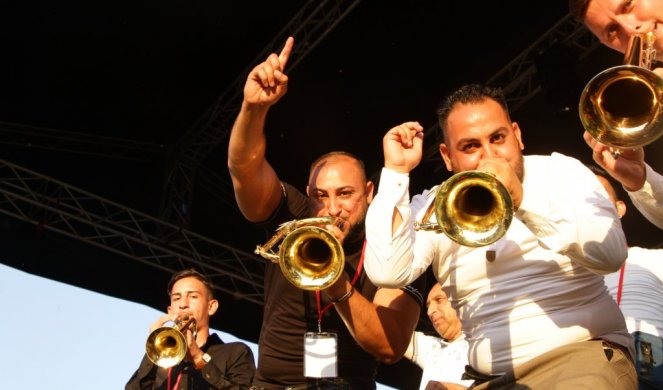 Immediately after the awarding of this great recognition, the overjoyed Christian, who received the award in 2013, told the Informer that he did not plan to stop here and that he wanted to win another “first trumpet” which would place him among the trumpet masters whose names are on the monument. center of Guca.

– The trumpet is everything to my family. My grandfather was a trumpet player, my father as well as my uncle, we all deal with this. I have been competing in Guca since 2008 as a youngster, in 2012 I won all the awards in that competition, and as soon as I entered the seniors in 2013, I took the first trumpet. Now I have won it again and I need another one to become a trumpet master and my name to be written on the monument in Guca. So there is not much celebration, I will celebrate with my wife, children and family and I continue to work in order to win another recognition like this – Christian was honest.

Vladimir Ivanović from Surdulica, who won the award for the best orchestra, was no less happy. He told our paper that this is the best day of his life and a great homage to his family, where the trumpet has been played for 150 years.

– I have no words to describe how happy I am. At 27, winning one recognition like this is something that rarely happens. All the sweat and work paid off for us. The trumpet has been played in my family for 150 years, all my ancestors played it and I dedicate this victory to that – Ivanovic is honest.