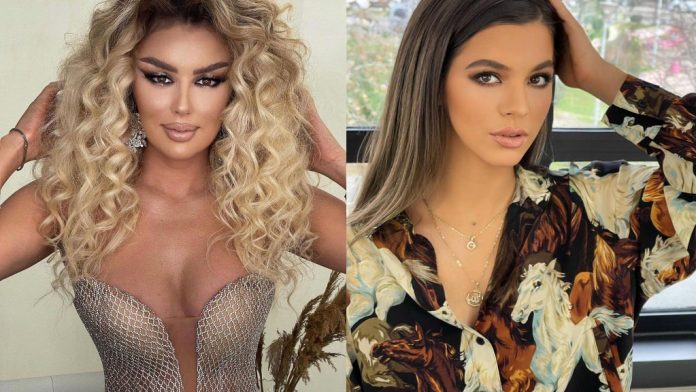 Antonela collided with Shqipen during the debate, standing up and shouting at their faces.

Antonela and Shqipja had disagreements during the debate in tonight’s episode of “Përputhen”. At the “Match” party, Mevlani had sung with Antonella, which had made Lediana block on all social networks.

This video broadcast in the program was also discussed among the competitors in the studio, where there was no lack of Albanian reaction. She said the video was ridiculous and Lediana did well, because if she was in her place she would have felt the same.

While discussing with Mevlani about that video, Antonela gets up and goes to Shqipes. “Be careful, I’m part of the video.

If you have something with me, turn to me. I do not allow you to tell me that it is ridiculous.

“I have the right to do what I want,” she said. On the other hand, Shqipja tells her that it is her opinion and she has the right to express it, so she has no way to make fun of someone else.

“You are no one to judge me. It is neither bullying nor ridicule.

It was beautiful for me, I was pleased, oh God, and I was pleased with Mevlani as well “, Antonela concludes. / News