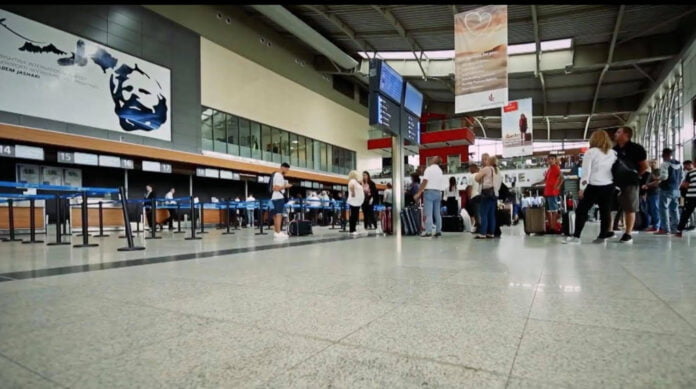 A Kosovo citizen and his Italian wife were caught today by the police authorities at the “Adem Jashari” airport, on suspicion of falsifying coronavirus tests.

The incident happened around 14:45, at the ‘Adem Jashari’ airport, where a 52-year-old citizen and his 44-year-old wife, an Italian citizen, were trying to travel to Verona (Italy). presented two documents (COVID tests), which were suspected to be forged.

After receiving these two documents, the police started an investigation regarding the authenticity of the tests.

The laboratory on whose behalf the tests were issued was contacted.

The response from the laboratory was that they did not issue tests with those serial numbers and for those persons (BK and TO).

The police announces that the ordinal number presented by the parties coincides with the name of another person.

Regarding the case, the police have notified the custodial prosecutor and in further consultation, the case has been initiated against the criminal offense of “falsification of documents” against the two aforementioned suspects.

With the decision of the prosecutor, the two suspects are sent to detention for up to 48 hours./Telegrafi/

Some citizens are poisoned in Trudë of Prishtina, because it is suspected that the food in one of them was seen