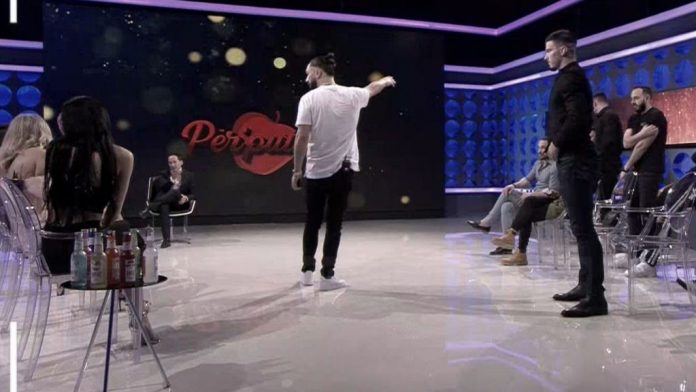 The show “Për’puthen” is currently a reality show with the highest viewership from the Albanian public but not only.

Since the show focuses on love, many conflicts and quarrels are created between competitors. The one who stirred the waters in “Për’puthen” was the competitor Gladiola Zenalaj, who directly won the attention of the public.

Gladiola, or as she is otherwise known Ola, entered the show with clear ideas, ideas which disturbed the entire course of the show. Gladiola said she had come to the show to meet the boys, especially Murat and Andy.

Apparently, this statement of the competitor came as revenge against her ex-girlfriend Jasmina Kadriu, who had already expressed her feelings for Andin. Both competitors have been friends before and due to a quarrel outside the show, they had ended their friendship.

The two competitors each defended their own image, never showing how the truth stands. It seems that the quarrels between the two competitors have been flattened out of the eyes of the cameras.

What raised suspicions about their friendship was a video that circulated some time ago, in which Ola and Jasmina appeared under the same building. They may deny the news, the various rumors, but the truth is never distorted.

Recently, Jasmina, Sara and Ola appeared in a beauty salon, where they published some videos in which it is clear that the waters between Jasmina and Ola have calmed down and that they are enjoying each other’s company again.

Kurti is congratulated from Albania and Montenegro – Latest News