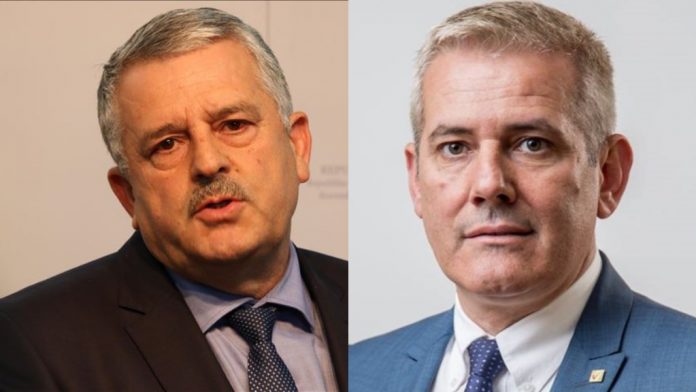 The acting Minister of Internal Affairs, Agim Veliu has not handed over the task to Xhelal Sveçla of VV.

Instead of Veliu, Deputy Minister Bajram Gecaj handed over the task to Svecla.

“The handover ceremony was held at the Ministry of Internal Affairs by Mr. Bajram Gecaj, former chief of staff of former Minister Veliu, to the Minister, Mr. Xhelal Sveçla.

Minister of Internal Affairs, Mr. Sveçla was informed about the great challenges in the field of security and he pledged to work closely with everyone in addressing them in the service of the citizens of the Republic of Kosovo “, it is said in the communiqué of the Ministry of Interior.

Sveçla had replaced Agim Veliu in the Kurti 1 government, after Prime Minister Albin Kurti dismissed Agim Veliu of the LDK, an action that followed the overthrow of the government with a motion of confidence in the Assembly by the Democratic League of Kosovo./Periskopi/ Pacolli congratulates Kurti: We hope that this place will become better than it is – Latest News