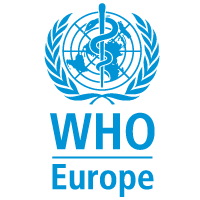 Striking data from a recent WHO survey showed that more than 75% of Roma adults in southwest Serbia were illiterate, a further 25% of Roma adults had left school in early grades, and no students were currently in primary or secondary education.

The WHO country office in Serbia was one of several United Nations agencies that carried out a joint project in 2012–2014 to improve general human security for vulnerable communities in south-western Serbia, a deprived area that is home to large numbers of Roma and refugees . Internally displaced persons and returnees under readmission agreements. WHO’s role in the project was to improve its access to rights and services. The WHO mandate in this case went beyond improving access to health services, as this is closely linked to the social determinants of health, lack of personal documents, lack of education, health awareness and lack of health insurance.

As part of the joint project, WHO and the Duga Youth Center in Novi Pazar organized classes for Roma children to help them catch up with their non-Roma colleagues academically and help them develop skills that are essential for the continuation of the Education and inclusion in the school are required system. These children also had the opportunity to take part in theater and cinema shows with other children for the first time in their lives, and to take part in dance, visual arts and acting workshops.

To celebrate the successful completion of the project, a theater show entitled “Reise” was organized and premiered on December 12, 2014. 26 Roma children performed the original play on the joys of life and culture of the Roma despite the harsh living conditions to similarities between the hopes and interests of Roma children and those of their non-Roma contemporaries. The play was to be performed in several Serbian cities.

THE DIOCESE OF BACKA WARNS: The Serbian Orthodox Church has nothing to do with the “procession” in Novi Unhappy!