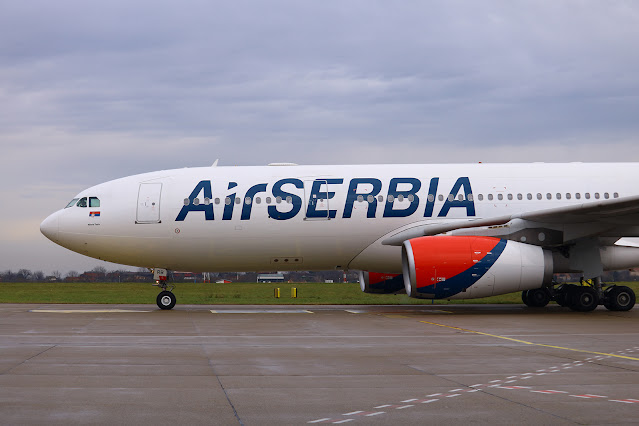 Air Serbia has become the ninth largest airline serving Central and Eastern Europe during the ongoing winter season, Cirium schedules information data shows. According to “Air Service One”, the carrier has 1.4 million seats on sale this season, which runs until March 26. The figure represents a 12% increase against the previous record, which was set in 2016 when the airline commenced flights to New York and several other destinations in Europe. Back then it offered some 1.2 million seats. Air Serbia has also reached its second highest share of Belgrade Airport’s total capacity this winter, standing at 50%, behind only 2016 when the share stood at almost 55%.

This winter, Air Serbia has the most available capacity from Belgrade to Istanbul, followed by Zurich, Podgorica, Paris and Moscow, with the latter seeing frequent wide-body operations. The carrier has introduced three new routes over the ongoing winter season, to Malta, Tianjin and Malaga, with Budapest to follow on March 13. Overall, in 2022, the carrier inaugurated operations on over twenty new routes, with over twenty expected to be added during the 2023 summer season. The carrier has said it plans to introduce five additional aircraft to its fleet next summer. During 2022, the company handled its twenty-millionth passenger since rebranding as Air Serbia in late October of 2013.

The Serbian carrier recently noted, “We would like to position ourselves, and we are positioning ourselves, as a regional leader in the wider Balkan region, or let’s say the majority of ex-Yugoslavia. We have multiple scenarios which we are constantly developing and fine tuning to be ready for the market opportunities to enter the niches and secure our strong position in the region. Thanks to our flexibility and quick reactions to changes on the market, we have managed to achieve results that are above the industry average. We are focused on the possibilities, and we are trying to seize every opportunity that presents itself”.