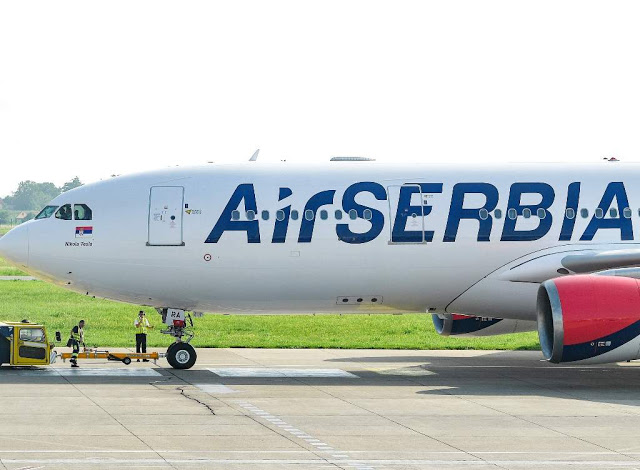 Air Serbia is stepping up operations to a number of destinations in the coming period as countries begin lifting entry requirements for Serbian citizens. The airline is increasing flights to Switzerland, Cyprus, Turkey and the United States, with frequencies in some cases exceeding prepandemic levels. Services for Ljubljana are also expected to increase in the coming weeks after the Slovenian government greenlisted Serbia today and lifted all entry requirements. Air Serbia will add additional frequencies between Belgrade and Zurich for a total of nineteen a week, which is the number of rotations made last summer. In a similar way, its competitor Swiss is also increasing its frequencies on the route to twelve per week.

Just days after the Cypriot government lifted entry requirements for Serbian citizens, Air Serbia is doubling its flights to Larnaca to four a week. In response, Wizz Air has brought forward the resumption of its flights between Belgrade and the Cypriot city, which will now be restored on October 15 instead of October 28. Last week the Serbian airline increased its frequencies to Istanbul from five to seven a week. Exceeds pre-pandemic levels and will offer five weekly flights to New York in October, up from two a week in the same month last year. The airline recently announced that it would also extend charter flights to Turkey until October and Egypt in November due to strong demand.

Air Serbia previously stated that its recovery will largely depend on the ongoing entry restrictions and requirements for Serbian nationals. “The challenge for us at the moment is the closed borders and travel restrictions in our main markets in Western Europe, which are severely restricting passenger traffic and thus our flights,” said Boško Rupić, Head of Trade and Corporate Sales at the airline. The borders with most of the member states of the European Union are currently closed to most Serbian citizens, with the bloc to discuss the possibility of reopening at a meeting this week. However, some EU member states, including Bulgaria, Cyprus, Slovenia, Slovakia, Lithuania and Italy, relaxed or lifted all travel restrictions last month.