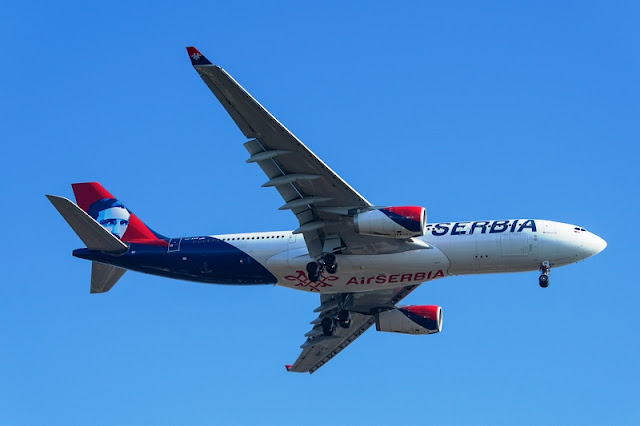 Air Serbia plans to introduce flights to China’s sixth largest city of Tianjin in just over a month, with services expected to be scheduled in the coming weeks. The airline was granted a permit by Chinese authorities to operate a one weekly passenger and cargo service to the city. “In the long haul sector, China is one of the three most important markets. And it is forecast to grow much faster than already mature markets such as North America. In addition, there is great demand there for both passenger and freight. Another reason [for selecting the Chinese market] is that Chinese travelers do not need a visa to visit Serbia, and Serbian citizens do not need a visa to enter China. This is very rare in Europe. So, China was the logical choice for Air Serbia”, Air Serbia’s CEO, Jiri Marek, told “Aero Telegraph”.

The airline remains committed to launching operations to Beijing and Shanghai once pandemic-related restrictions in China are lifted. “We would have preferred to start with Beijing and Shanghai. However, there are very strict restrictions in China due to the pandemic and also with regard to market access. So, you can’t just fly wherever you want. Tianjin was the best alternative. Even if we get the opportunity to introduce the Belgrade – Beijing and Belgrade – Shanghai routes, we might keep Tianjin. The city is connected to Beijing with a thirty-minute bullet train and is one of the largest cargo hubs in the country. So, for now it’s an alternative but has the potential to become a permanent Air Serbia destination”, Mr Marek said. He added, “We are planning at least two weekly flights to Beijing and two to Shanghai with the possibility of increasing the frequency to three weekly and also serving Tianjin depending on the results”.

Commenting on the potential for Air Serbia to serve other markets in Asia, Mr Marek noted, “Our core strategic approach is to look for destinations that allow year-round operations. China offers that, and that is why we will develop the Chinese market first. However, in the long run, we could also envisage other goals, perhaps more distant or closer”. Besides cities in China, the busiest destinations in Asia out of Belgrade during the pre-pandemic 2019, when the entire continent was still open for travel, included Bangkok, Delhi, Tokyo, Seoul, Singapore, Phuket, Denpasar (Bali), Male (Maldives), Ashgabat and Mumbai.