Denmark claims that the Nord Stream was intentionally broken, however doesn’t know who’s behind the assault 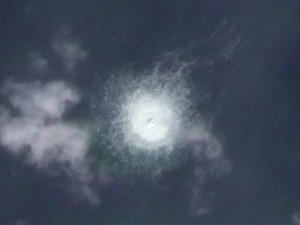 Danish Prime Minister Mette Frederiksen stated that the damage to the gas pipeline cannot be the result of an accident, but rather deliberate actions.

“We still do not have information that could indicate who is behind such actions,” said the Danish Prime Minister.

And Swedish Prime Minister Magdalena Andersson says that the current data show that it is not an accident, but it is also not an attack on Sweden.

The bubbles that have formed since the gas spill are more than 100 meters in diameter, the Danish energy authorities announced. The leak will continue in the coming days.

Poland claims it is sabotage related to the war in Ukraine, while Denmark and Russia, which has cut gas supplies to Europe due to economic sanctions, say sabotage cannot be ruled out.

The adviser to the Ukrainian president, Mihailo Podolyak, however, claims that the leak is “a terrorist attack planned by Russia as a form of aggression against the EU”. He did not provide any evidence for his claim.

To remind you, the seismograph on the Danish island of Bornholm recorded two jumps today that represent the shaking of the earth.